The ‘True Cross’ of Jesus in Almeria 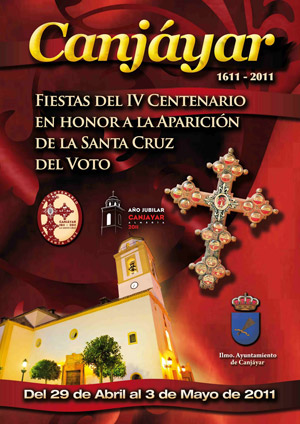 ALMERIA is believed to have had at least three pieces of the ‘True Cross’.

One, possibly the most famous, is in the Archpriests Parish of Holy Cross, in Canjayar. There is another in Santa Maria Magdalena Parish in Los Molinos district of Almeria city, and another, which may have been destroyed in the 1804 earthquake, is believed to have existed in Berja.

Where did this ‘True Cross’ or ‘Lignum Crucis’ come from? To understand this, we must go back to 313 AD, when Roman Emperor Constantine legalised Christianity.

Legend has it he was leading his soldiers into battle near the Danube when he had a vision of a shining cross in the night sky, on which he read, ‘With this Cross you will Win’. He ordered his soldiers to build a similar cross to lead the troops and obtained a huge victory.

Upon learning it was the Christian symbol, he converted and had several churches built. He then sent his mother, later known as Saint Helena, to Jerusalem, to find the Cross. At 77, she considered this trip penitence for the harm caused by the Roman Empire.

When she found the locals less than helpful, Saint Helena, who considered herself to be the ‘Mother of Christianity’ because her son had allow freedom of worship, began to torture them to find the exact location of the Holy Cross.

A man named Judas Cyriacus, whom she left without food for several days, revealed that the Cross was buried beneath a temple to Venus.

Three crosses were found, as well as a sponge, a spear, a helmet, the nails with which Christ was crucified and the piece of wood reading INRI which Pontius Pilate ordered to be placed above the cross.

Saint Helena believed that the Cross where Jesus was crucified would have miraculous powers and took all three to a terminally ill woman, who was healed instantly upon coming in contact with one of them.

She then ordered that this cross be divided into three parts, one which was given to Bishop Macarius of Jerusalem, the second sent to her son in Rome, and the third placed in what would become the Basilica of the Holy Cross in Jerusalem. Later, further divisions were made, and it is now said that there are so many pieces of the ‘True Cross’ throughout the world, that putting them all together would make not one, but up to three crosses. However, experts refute this, saying that some of the pieces are so minuscule that a magnifying glass is needed to see them.

The largest piece of the ‘True Cross’ is in Spain, at the Franciscan Santo Toribio de Liebana Monastery near Potes, in Cantabria, given to them in 1512 by Pope Julius II.

It is believed the ‘Lignum Crucis’ in Canjayar arrived in the town in Medieval times when someone wished to conceal it from the Morisco Revolt around 1570.

In the early 1600s, work was being carried out to repair the baptistery of the local church which had been destroyed during the revolt.

At this time, a local verger dreamt of a procession of angels which went from the church altar to the baptistery. He told the parish priest and those involved in the restoration work and an excavation was carried out which revealed the ‘Lignum Crucis’ in 1611. This discovery is mentioned in church records. 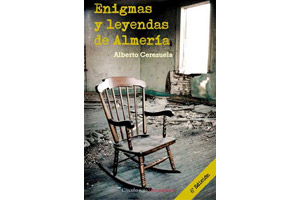 Legend has it that in the early 20th century, three Franciscan monks visited the town to see the Cross and decided to steal it.However, when they stopped to rest, they found it was no longer with them and upon returning to the town, found it was still locked away in the church.

After this happened a second time, they went to the townspeople and told them that the piece of the Cross had miraculous powers.