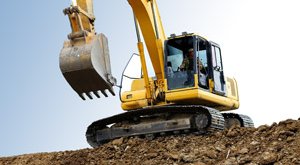 Some fear the excavation work will damage archaelogical remains in the area.

TIME is running out for critics to stop the controversial Mojacar Pueblo underground car park from going ahead.

Although the town hall would not confirm what day works will commence, a source told EWN they will start on Monday.

Last ditched attempts by opposition parties to put a stop to the project included a 1,000 signature petition against it reportedly presented by Mojacar Positiva se Mueve (MPM) to the town hall.

MPM expressed concerns about the safety, cost, suffering caused to local businesses, and the damage to structures and archaeological findings that this project will cause.

Environmental group Salvemos Mojacar said it has asked the Junta de Andalucia Culture Department act “as it should in a case like this” and suspend the project until an emergency dig is carried out to identify the archaeological remains which exist in the area.

maintains the car park will benefit the village and ‘revitalize’ the town centre because people are put off living in the pueblo due to the lack of parking places.

But controversy over the car park hit the headlines in 2010 during protests by the Mojacar Peatonal Group.

Then, in February this year, during Mayor Rosa Maria Cano’s previous term in office, the conservative PP leader expelled two members of her team reportedly because they failed to support the car park project. Carlos Cervantes (Asamblea Izquierdista) and Angel Medina (Ciudadanos Europeos) were expelled ahead of the plenary meeting at which the plans were to be discussed and which was later cancelled.

This left her without the necessary majority to secure approval for the project. This was finally approved after Cano controversially won a narrow majority in the May 22 local elections. The cost of the 37-place car park and the remodeling of Plaza Fronton and Plaza Arbollon has been estimated at €1.5 million although latest figures suggest this may be nearer the €1 million mark.

The 37 places which will be created will only be available to residents at a cost of €15,000 each, according to reports.

The town hall has assured works will be completed in time for Summer 2012, but critics fear this is unlikely, given the complicated access to location and size and scope of the project.

Union Mojaquera also spoke out against the project and has encouraged people to appeal to the Andalucian Ombudsman to prevent it from going ahead.

They also complain that the car park is sentencing Mojacar town centre never to become an exclusively pedestrian area, and believe that with the “mixture of old and modern architecture” the town will lose its character and no longer attract tourists.

Meanwhile, the town hall argues that only 500 to 700 people live in Mojacar and the population is falling due to the lack of parking amongst other things.

Therefore, they say, the town needs a car park to stop people from leaving the town and to encourage young residents, so that Mojacar Pueblo doesn’t become a ‘ghost town’.

They also maintain that the project has the approval from all the Junta de Andalucia departments which have had to supervise and inform on the project.

According to the town hall, specialist studies of the terrain have determined that there is no risk to the church, and that the company which will carry out the work specializes in this type of projects. Regarding the design, they argue that however any project is carried out, it won’t always suit everyone.

Finally, they maintain that the money for the project comes from the sale of a plot in Macenas and has to be used on something previously approved by the Junta de Andalucia.