The battle for PAWS survival not yet over 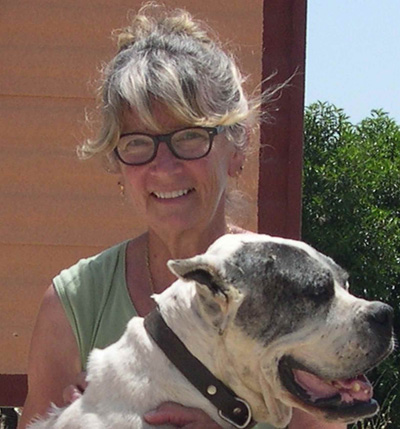 THERE were sombre words for members and supporters to digest at the Annual General Meeting of Mojacar-based animal charity PAWS.

PAWS’ President Karen Polansky, reflecting on “one of the most stressful, difficult, challenging, eventful, and yet ultimately successful years we have experienced,” warned that the battle for survival was not yet over.

The Animal Rescue charity had to close for seven weeks last year after the collapse of its funding support organisation in Holland. Yet it recovered by the end of the year to have homed more than 300 dogs and 50 cats – the second highest total in its 22-year history.

“But there is a cold hard cash cost which comes with such success, said Mrs. Polansky. “Despite tremendous efforts to cut costs wherever possible, PAWS still had to spend around €145,000 to support its activities last year.

It is a sobering amount of money and challenges PAWS to find solutions all over again in 2012.” PAWS’ retiring treasurer Janet Franklin thanked the public for their magnificent response following the charity’s temporary closure – and in particular Spectrum Radio and the Euro Weekly News who had led the Save PAWS appeal.

Funds had recovered from the loss of €25,000 guaranteed income from Holland to reach almost break-even point by the end of the year. At the AGM held on Saturday she produced figures to explain why it costs so much to run PAWS: the average cost of taking in and finding new homes for dogs – which included veterinary costs, medication, food, shelter expenses and the cost of transport abroad – was €408 per dog.

The President paid tribute to the tremendous efforts of the 70 volunteers who worked across the whole spectrum of PAWS activities, but appealed in particular for more volunteers to work directly with the animals at the shelter, especially during the winter months.

“There is always more to do, more to achieve – and there probably always will be,” said Mrs. Polansky.

“But as the old proverb says – Always look for progress rather than perfection. And despite all the ups and down of the past year, I genuinely believe it has been a year of real progress and evolution for PAWS.”