No recession for second-hand sellers 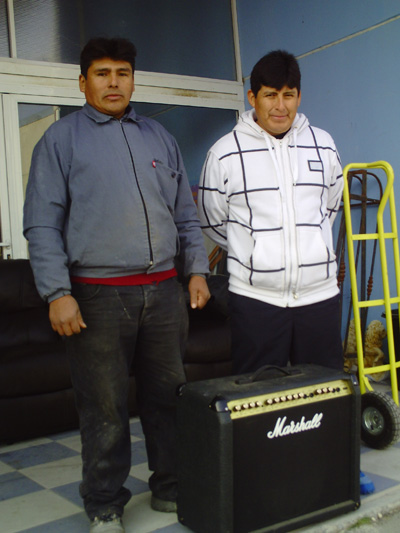 Other shops selling second hand furniture, clothes and household items in Antas, Arboleas and Mojacar are still up and running despite (or because of) the economic crisis.

“It doesn’t seem like there’s a recession,” said one customer from Garrucha on leaving a second hand shop in Antas. “I left some furniture and old stuff here a week ago and half of it’s already sold. I’ve made €108 profit.”

Meanwhile, business is slow for shops selling new furnishings because of the recession, but also because manufacturers have put prices up, according to David at ‘Home from Home’ in Antas.

When asked if second hand trade is affecting his business, David said “Of course it affects us.” Businesses that specialise in clearing out repossessed properties and sell nearly new furniture cheaply also provide competition for traditional shops.

However, a recent change in the law means that businesses selling second-hand items have to pay more tax. “We have to pay double now with the new REBU tax law,” complained Karen Rainey, 44, of Mercamundo second-hand shop in Arboleas, but “the business is ticking over.”

Karen is staying positive, despite having lost out when the bank repossessed the building where she had rented a space for her previous business.

People visit second hand shops on the look out for bargains, as a way of recycling and because money is tight.

Bolivian brothers Wilson and Cesar Espinoza of Albox said that when they need to buy some equipment for their band or something for the house they always look in second-hand shops first and especially now because of the recession.

The brothers purchased an amplifier for 130€ which they said would have cost at least double if they had bought a new one.

Spanish Jose Sirvent Orts, 50, said he has always loved nosing around second hand shops and that it’s a great way of recycling.

Jackie Roberts (APSA shop manager), said that some of the APSA customers are Spanish, but “It’s a new concept for them because they don’t have charity shops.”