Palma shops may open Sundays as of April 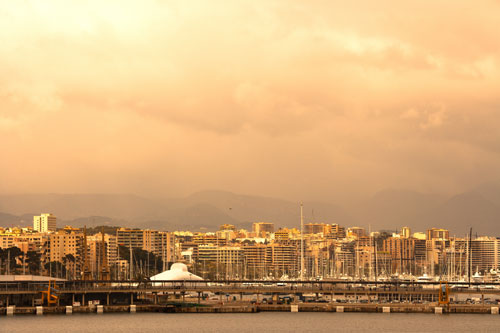 IN a bid to cash-in on cruise ship passenger arrivals, shops in Palma’s historic centre are set to open on Sunday’s starting on April 1 until October 30.

The pilot program still needs to be approved at the next plenary session when the Balearic Government will be asked to declare the historic centre as a ‘Zone of Great Tourist Inflow’.

The Balearic Managing Director of Commerce, Cesar Pacheco, reportedly said that they would approve this initiative because it ‘seems positive’.

Cort estimates that this project will generate €15 million a year and attract more than 200,000 visitors, of which half will be from cruise ships.

The aim is not only to make Palma de Mallorca an attractive stop for cruise ship passengers but also for City Breaks. However, for the time being shops on the Avenidas are excluded from this initiative. Instead the focus will be on the historic centre, so only those shops in Paseo Mallorca and Maritimo will open.

This is because if “tourists are dispersed, then we will not achieve our objective,” explained tourism deputy mayor Alvaro Gijon.

“The historic centre offers the best cultural experience with the main museums a covered shopping area and a wide range of gastronomic specialties.

There is also good connections to the port and the airport.” Gijon admitted that many department stores had requested to be allowed to open on Sundays and that the initiative be extended to Porto Pi and Coll d’en Rabassa, but their requests were rejected, for the time being, Spanish newspaper Diario de Mallorca reported.

Once the results of this trial period have been evaluated the Sunday openings could be extended to shops outside of the historic centre as well as year-round.

However, for this to become a reality, it is necessary to follow the correct parliamentary procedures to modify the current legislation. If the plan does not work, then things will go back to how they were before.

The current legislation already allows small shops – less than 300m2 – to open on Sundays and holidays, but not department stores. There is also the possibility that various recreational, cultural and sporting activities will also be rolled out from April in a bid to energize the historic centre.

Also, the Olivar municipal market may open and discounts in municipal parking offered on Sundays.

This project has met the approval of the various business associations including Afedeco, Pimen, Caeb and ANGED, according to Gijon. By Nicole Hallett