Don’t be ashamed to be patriotic 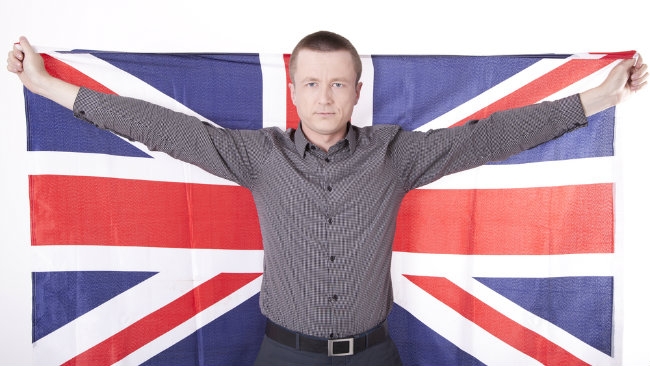 ONE in ten. That’s the number of members, who, at the time of writing, voted for the strikes now threatening to sabotage the British Olympics. Ten per cent of this so called democratic body of workers is all it took to bring the fat cat union leaders scurrying out of their luxury bolt holes – once more to preach their barely disguised hate messages to the long-suffering British public. These hypocrites, who also don’t have a patriotic bone in their bodies, wouldn’t know democracy if it came up and smashed them in the mouth. In my opinion they are no more interested in the rights of their members than an anti-gambler would be about who won the three – thirty at Kempton.  A few times a year they wriggle out of their worm holes, trying to convince their members they are actually worth their exorbitant salaries and perks; then, after instigating as much disruption as possible, they subsequently disappear like rats in the night, back into lives of privilege and luxury their misinformed and misdirected members can only dream of. Since this latest debacle, what more convincing does the government need that the law must be changed? The only legal way a strike should be called is if the majority of members vote for it. If the law stays the way it is the British people will be constantly at the mercy of the minority. Most of which would strike just to get a few days off work. Many of them don’t originate from the country and certainly hold no patriotism for it. Which brings me neatly to my second gripe of the week. The reason patriotism is all but dead in the UK is that Britons have been brainwashed into thinking it is not politically correct to talk about it. To be patriotic is to stand up and say your country is the best in the world. To be patriotic is to inform foreigners that your laws, customs and ideas of right and wrong may just be better than theirs. Oops, careful, that’s where it all gets a bit sticky; you could be entering into the realms of offending someone! Well I’m utterly sick of being told I’m offending someone. I’ll tell you what ‘offends’ me. I get offended when someone intentionally flies a plane into building killing thousands of innocent people. I get offended when someone indiscriminately takes the lives of hundreds by blowing up a bus or a train. I get offended when people take over whole areas of other people’s countries and create societies which follow their own laws including the right to kill their own daughters because they don’t approve of her boyfriend. I get offended when people get off scot free after publicly declaring our brave troops are murderers and that all us ‘infidels’ should be beheaded! Better be off now, before I offend someone.
Keep the faith.
Love Leapy [email protected]