The Olympics keep getting their own back 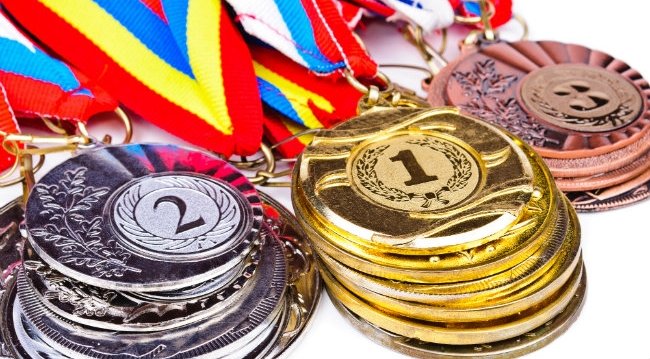 Well, now I know how Michael Fish felt. For those of you who don’t know who I’m referring to, Michael Fish was the TV weatherman who scornfully dismissed warnings that Britain was in the path of an approaching hurricane. The following day the whole country was flattened by the worst storm in living memory! My predictions for the Olympics were so akin to Mr. Fish and so short of the mark I’m delighted, that in the event I was proven wrong, I didn’t promise to eat anything! In my somewhat pathetic defense however, I was referring mainly to track events and although I knew Jessica Ennis and Mo Farah were in with a chance, we didn’t have much more in the bag. Hopefully I’ll be proven wrong about that as well. Oddly these Olympics do keep getting their own back on the ol’ Leaper. ‘Hey Jude’ keeps rearing its annoying head. This song was the McCartney composition that kept me at number two in the British charts for 23 weeks and subsequently cost me a fortune. So all of you who wrote and gloat can gain even more satisfaction knowing that this stroke of utter mistiming keeps coming back to haunt and hound me with relentless repetitiveness. As this week’s final word on these glorious games, I would like to add that I have never been more delighted to be so utterly wrong and hope by the time you read this I will have been proven even more of a nit. (By this past Sundays track and field results however, I may have not been as far short of the mark as originally accused!) As a final, final word, I still consider many of the events that have brought a whole swathe of medals, are not open to the hoi polloi, and are restricted to the privileged few and not as nearly accessible as they should be to those less fortunate. Horse-riding, rowing and sailing to name but a few.

Another wonderful result this week was seeing those ‘parents from hell’* jailed for 25 years for the ‘honour’ murder of their beautiful seventeen year old daughter. And what wonderful words from the judge when he told them and I quote. ‘Shafilea was a determined, able and ambitious girl who wanted to live a life which was normal in a country in which you had chosen to live and bring up your children. However you could not tolerate the life Shafilea wanted to live. Although she went to local schools you objected to her socializing with fellow white pupils. You objected to her wearing Western clothes and objected to her having contact with boys. You wanted your family to live in Pakistan in Warrington’. Well done judge, Couldn’t have put it better myself!

*Iftikar and Farzana Ahmed, strict Muslims from Pakistan, were found guilty of the 2003 honour killing of their daughter Shafilea. They suffocated the 17 year-old in front of their four other children at their home in Warrington, Cheshire after she rejected a forced marriage in Pakistan.