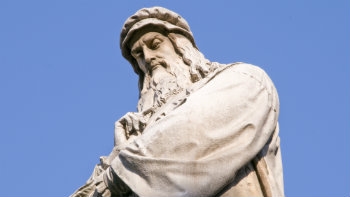 CATHERINE DE MEDICI had a penchant for indiscriminate destruction and being a member of one of Renaissance Italy’s most powerful families she was permitted to indulge in her chosen hobby with abandon. The Medici’s were at various times either in cahoots with or directly opposed to that other powerful family, the Borgia’s, well known for their desire for political and papal power at any cost. It was said that Lucrezia Borgia’s poisoning skills were second to none and that while her brother Cesare was off causing mayhem and terror in France she was happily despatching her own enemies with a nice cup of tea and a side of arsenic. An invite to dine at the Borgia’s was greeted with as much dismay and trepidation as a summons to ‘discuss’ your overdraft with the bank (although death by fiscal ineptitude is probably more painful than death by poisoning). While Catherine de Medici was encouraging lithe young artists and having an allegedly thoroughly debauched time of it, Lucrezia was bemoaning the fact that no one ever RSVP’ed. Perhaps at this point her father (the pope) should have taken her to one side and explained the cause and effect ratio of her arsenic habit, “Now look here little miss serial killer,” he may have said ”You’re not going to find a husband if you keep poisoning everyone within range. So get a grip and pour me a goblet of wine from the interesting looking bottle with the skull and crossbones label”

Thankfully life has moved on and the renaissance has been relegated to a room at the National Gallery and interminable lectures in front of a flock of bored looking art students. Leonardo da Vinci is now more famous for a code he never wrote and is probably spinning in his tomb as hordes of bespectacled, socks and sandals wearing geeks, brandishing copies of Dan Brown’s oddly hysterical (as opposed to historical) book, attempt to erase layers of priceless pigment in the hope of discovering the truth about Christ. I can imagine da Vinci, hands on hips; calmly yet forcefully explaining that the ‘Last Supper’ is actually a representation of the Last Supper. For the most part things really are what they seem. Close study of Machiavelli’s ‘The Prince’ would have afforded those desperate conspiracy theorists a little insight into the workings of the political mind; he suggested that rumour and supposition and whispered threat of treason and espionage were cunning devices to divide and occupy an enemy that would have been spending far too much time planning and preparing for attack. The illusionist’s skill at distraction was one that Machiavelli felt all great men must master, that and the ability to snatch a coin from thin air and drink a casket of wine without falling over.

Whether the stories about Catherine De Medici and Lucrezia Borgia were true, the fact remains that they and many other historically peripheral women were responsible for the patronage of great artists like Michelangelo and Bellini. It is quite likely that Catherine was the poster girl for sobriety and celibacy and Lucrezia was just a really bad cook.

Oh and have you noticed that the second figure to the left of Christ looks like Bruce Forsythe.

Makes you think doesn’t it?