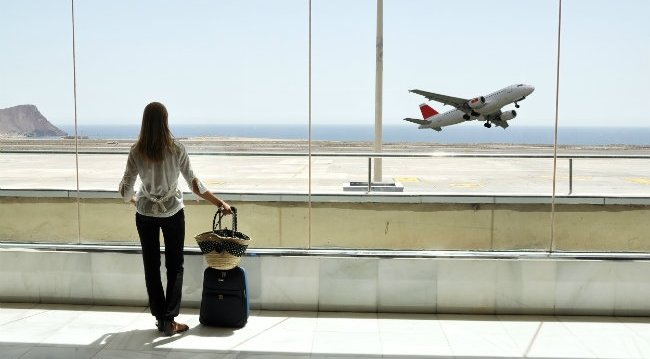 For me the most exciting part of a trip or vacation is the planning. The anticipation, as Alain De Botton has noted in ‘The Art of Travel’, is often more powerful than the reality of travel itself. Of course, being lazy, my plans usually involve the internet and the tourist information website of whichever country I am intending to visit. In my youth, as the date of departure approached, I would pack, repack, unpack then pack again delirious with romantic notions of far flung places and dark strangers. I now tend to pack the evening before and by experience know that the dark strangers tend to be pick pockets not paramours.

A profound fear of flying meant that until quite recently travel for me involved train or coach, but my desire to visit places outside of Europe eventually overcame that. My favourite places in the world are airports (having now developed an antidote to the fear which is two parts Cava and 1 part brandy), service stations and train stations (coach stations on the other hand are surely the inspiration for Dante’s Inferno). Whilst a student at Lancaster University I would regularly breakfast at Forton Services, not just because it was open 24 hours and able to pander to my insomnia, but because the smells, brightness and constant flux conjured up for me the nostalgia of travel. The best service stations are undoubtedly in Austria (where one can sample the most delicious fresh bread and purchase boxes of spicy Christmas biscuits) the worst are in the UK. Airports come a close second in the romance stakes, with Changi in Singapore being the best and Heathrow the worst. Gibraltar airport is also one of my favourite places although when I visit I now catch the Alsa bus from Alicante to La Linea (which I am sure actually appears in The Inferno as the third circle of hell, in fact the artist Hieronymus Bosch once visited the bus station in La Linea and was so traumatised by the experience that he stopped painting flowers and cute children with big eyes and embarked on a series of disturbing canvases depicting fornication and torture).

The journey I took from Budapest to Moscow by train remains my most fondly remembered. The train lumbered across snow covered fields dotted with wooden houses and birch forests pausing at a place called Chop in order to change the wheels in order for it to continue on to the wider gauge tracks in Russia and to allow Soviet border guards to board and confiscate my copy of Cosmopolitan. A flight would have afforded none of this and I would have missed the experience of waking at dawn to peer out of the window at a long line of shambling figures walking to work, like the peripheral characters in a novel by Alexander Solzhenitsyn (and the oddity of sliced cucumber and mashed potato for breakfast).

How wonderful to escape the everyday and embark on a journey of self discovery, even if it is only the greasy enjoyment of a ‘full English’ in Benidorm.

Al Gore famously said; “Airplane travel is nature’s way of making you look like your passport photo.”  An hour at La Linea bus station will make you look like Charles Manson on crack, but not as charming.