Television and the Big Turn-Off 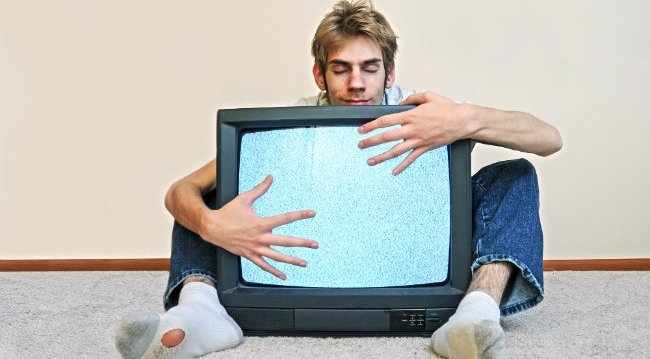 IT is said a picture tells a thousand words; one that sticks in my mind is that of a small child, his eyes glued to a room’s bare corner. His mother explains: ‘The television’s being repaired but we haven’t told him yet.’
I occasionally wonder at the outrage if the suggestion was made that tranquilisers be used to pacify the nation. Worse, that such sedative is chemically compromised to alter our way of thinking. Can anyone better explain modern television?
I recall a newspaper editor’s astonishment when, after a local TV service supplier closed down, thousands were deprived of their nightly fix. She told me their office was inundated by irate viewers wanting to know what they, the newspaper, were going to do about it. Some threatened to sell up and return to the UK.
Emergency measures falling short of Martial Law were put in place. Videos of the latest episodes were parachuted in from England; phones between the two countries glowed as the latest episodes were discussed in detail.
Perhaps the most insidious aspect of television is its social engineering. Many programmes insinuate propaganda aimed at furtively moulding public opinion so what was once improper becomes acceptable.
I wish I could put my hands on it but I clearly recall a BBC director being asked if there had been many complaints about the biased content of a previous night’s programme. Cheekily he replied; “no, only intelligent people complain and intelligent people don’t watch television.”
Gerry Hines, BBC, Programme Organiser in Race Today, wrote: “The BBC is the only truly public service medium in this country disseminating information, entertainment, and, in the case of race relations, propaganda.  We are unashamed to admit it is what we are doing.”
Programme makers insist they don’t influence public opinion but they rake in tens of millions selling advertising space because it does.
Clean up television campaigner Mary Whitehouse was ridiculed by television pundits when she warned of the media’s descent into decadence. She was right; I believe what is available now was not so long ago considered to be pornography. Blasphemy, against the Christian faith, is commonplace as is immorality, foul language, disrespect and anti-social behaviour. Racial and cultural melting-pot miscegenation, the flagship of the liberal mindset agenda, is now an accepted part of television ‘culture.’
The viewers are waking up: according to figures rating agency Nielsen, America’s most famous news channel, CNN has lost 50 per cent of its audience in just 12 months. It is a trend. Britain’s Piers Morgan stepped into Larry King’s shoes and the audience disappeared. Fox and NBC are losing viewers at an unprecedented rate. Media professor Robert Thompson; ‘it’s a bloodletting, there’s no other way to describe it.’ Good!