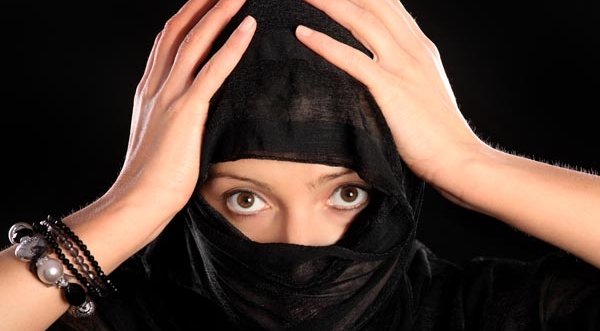 ATTITUDE TO WOMEN: They expect us all to admit they are in the right.

WHAT is wrong with Leapy Lee? Was he forced to watch the Paralympics (Issue 1418)? Does his TV supply only one channel? Does his TV set have an on-off button? The paralympics were never set up to be entertainment.

However, if people wish to watch and admire these athletes then they should. If not, don’t. Simple!

I’d like to see the motorist auto-matically at fault in a collision with a cyclist, as in Holland.

I’m a cyclist and a keen motorist and recognise the fragility of the cyclist. Chill out, give space to cyclists.

WELL, that’s it. Without doubt this week’s events in the Middle East have convinced me that enough is finally enough.

Our brave troops have been murdered by the very people they are supposed to be fighting for. Diplomats have been killed, in what were considered to be the safe havens of their embassies and, as usual, a ludicrous reaction to a short piece of film has, I sincerely hope, finally convinced the West that our efforts in the Middle East are an utter waste of time.

The majority of its countries will never share our values, sense of decency, or indeed give any support to civilized western societies. When will our leaders realise the Mid East doesn’t want us as allies. They don’t want to join us in a unified quest for peace and development – it frightens them.

They’re not ready. They still live in the 14th century. What they truly want is for us all to become Easternised. They want us to all categorically admit they are in the right. Force us to adopt their religious views, their attitudes toward women, and their warped sense of justice, their barbarous punishments and their complete disregard for human life.

They want us all to return to the dark ages; partaking lives of complete misery and hardship, because it’s going to be great when we’re all dead! Well thanks, but no thanks. We need to withdraw all our troops. Stop monetary aid and close our embassies. Let ‘em all get on with it.

When they’ve killed most of their own citizens and reduced all their countries to rubble, we’ll think about doing our deals with whatever rises from the ashes. In the meantime we have to re-negotiate the price of oil with the few Mid East countries that still are our allies.

Liaise with the Americans and do a great deal more drilling in Alaska and the North Sea. Let em stick their oil and their problems where the sun don’t shine. If Iran truly appears to want to annihilate Israel we must deal with them accordingly and tell China and Russia to mind their own business (what they gonna do, nuke us?).

If you want proof of how far we are down the road to appeasement, you only have to see the treatment of the author of this aforementioned film – which apparently mocks Mohamed.

With hands cuffed behind his back, large sunglasses, his head swathed in towels and roughly bundled into the back of a police car, he appeared like a captured serial killer or highly dangerous rapist.

Can you imagine the director of ‘The Life of Brian’, or the author of ‘The Producers’ being treated in this fashion!? It’s a joke. For heaven’s sake get a grip all you so called leaders. The pussy footing simply has to stop or heaven help us all.