Not quite Saint Patrick 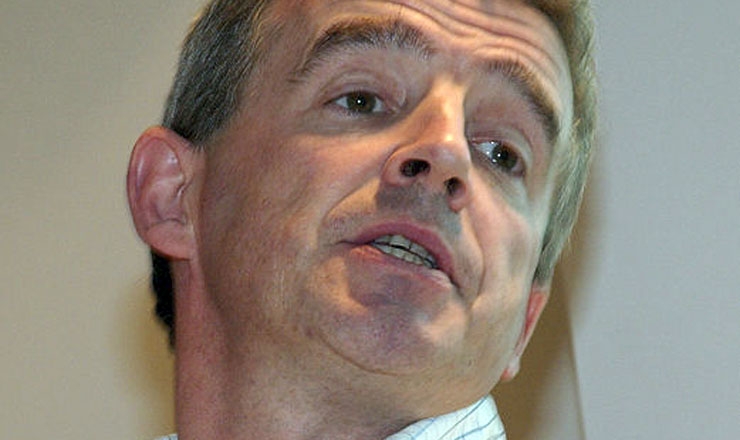 MICHAEL O’LEARY: He practises what he preaches.

IT’S said that there is no such thing as indifference where Manchester United FC are concerned. People either worship them as a deity or have an almost pathological hatred for them. Much the same can be said of 52-year old Michael O’Leary.

The verbally flamboyant boss of what is described as the world’s most popular airline is notorious for his caustic brand of humour and his dislike for corporate heads. And yes, he loathes Manchester United.

Spanish airport authority AENA’s El Altet (Alicante) Airport is said to be €30 million poorer for imposing an air-bridge condition not in the original agreement.

O’Leary wouldn’t back down. Insistence that air-bridges would have increased turnaround and other costs; he stood to lose €2 million per year. The airline boss, second born of a family of six siblings, threatened to slash flights. AENA called his bluff: Fail.  He estimated their stubbornness would reduce the number of holidaymakers by 1.5 million holidaymakers. In the first quarter of this year there was a drop of 200,000 passengers. The outcome for travelers is less choice of flights and higher airfares.

Some heap the blame on O’Leary for standing his ground and insisting AENA stick to the rules.  One can only wonder if such critics are the ones who, when they sign and then defy their bag allowance, complain when they are penalised.

O’Leary is if nothing else innovative. Constantly delayed by Dublin’s slow moving traffic he bought a taxi plate for his Mercedes and used public transport lanes. When brought to book he simply employed a driver who held a PSV licence. Now, fellow commuters see the rather scruffy Michael, wearing old jeans and check shirt, perusing his newspaper in the car’s rear seat.

He accused the European Commission of being morons; events suggest there may be some truth in that remark. He described British Airports Authority (BAA) as overcharging rapists. Again it seems he has a point. Despite reducing aircraft emission to satisfy the green lobby his off the cuff acidic remark was; ‘sell your cars and walk.’

Critics say his low airfares are an illusion. This is not true: When the Guardian recently did the sums Ryanair’s average tickets costs were €41 compared with easyJet’s €62 and British Airways €268. We budget fliers are subsidized by those who are penalized for breaking the rules or purchasing onboard.

The critics either have no business or marketing acumen or they have not done their sums, but why let the truth get in the way of a good tirade. For a vitriolic few, whatever O’Leary does he is wrong.

He practices what he preaches. He stays in budget hotels; uses only Ryanair, personally takes tickets at the gate, boards last and sits where no one else wishes to. Most of us; visiting families included, would be worse off without Ryanair. There’s a Geordie saying: ‘You canna do right for doing wrong.’ O’Leary knows the feeling.