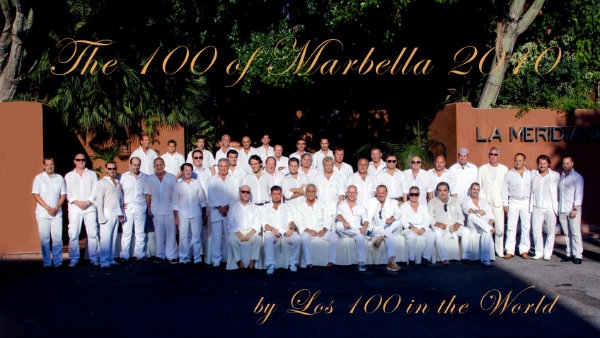 TENOR Stephen Lloyd-Morgan is one of the special guests at this year’s ‘100 of Marbella’ celebration.
Stephen will perform during the evening and was included in the “100 of Marbella 2010”, and will this year be included alongside his manager and partner Nick Holland-Morgan.
The ‘100 of Marbella’ will celebrate their 15th anniversary with a special edition of the ‘Golden Book of the 100 Marbella/Costa del Sol 2013’.
It will be launched during a black-tie dinner on Friday December 14 at La Meridiana del Alabaradero.
This will include an evening-wear fashion show by Patricia Nahmad and live music, including Stephen.
“It is a great privilege to be invited to be included in the 100 of Marbella. It’s fantastic to be acknowledged for the work we do, not just for the many concerts and performances we are involved with but especially for our fundraising for charity” Nick said.
The first ‘The 100 of Marbella’ was published in 1997 and since then Oscar Horacio has published 14 books worldwide, featuring ‘The 100’ in Marbella, Riga, Latvia, Caracas, Venezuela, Guayaquil, Ecuador and Costa del Sol. The 100’ series will soon extend to Budapest in Hungary, Moscow and Panama..
Oscar gives the opportunity to feature in ‘The 100 of Marbella’ to all the businessmen/women and professionals who are new to Marbella as well as all those who have been living here for a long time. The requirement to qualify is to actively work towards the growth and development of Marbella and the Costa del Sol.
Each participant of The 100 books has a double page: one with their business advert or information and on the opposite page a profile picture and a short biography.
The luxury hardcover book has a print run of 2,000 copies and targets a high-end clientele through distribution in key locations of Marbella as well as being on sale.
The complete book will be uploaded to www.los100intheworld.com.
A book is forever, especially this one for the 15th anniversary, which will include lots of social life, stunning pictures and editorials.
Anyone proud to live and work in Marbella/Costa del Sol and would like to promote their business or themselves in The 100 of Marbella 2013, please contact Muriel Rens on 666 711 183 or at [email protected] for more details and conditions.