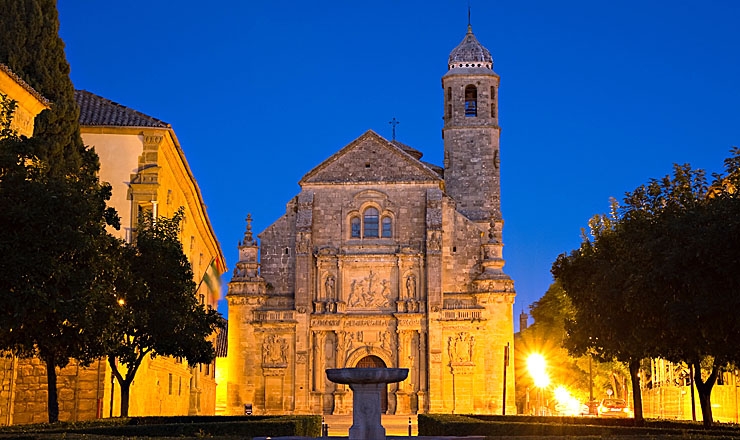 On September 21, 2018, in Ubeda, MEV allegedly murdered the young woman's mother by striking her head with an iron and suffocating her.

THE year 1492 is certainly acknowledged as a turning point in Spain. Firstly, Columbus discovered America, the Jews were officially expelled from Spain and the Moors relinquished their last stronghold of Granada.

To this trifecta list one might add a fourth seminal event. Fourteen ninety-two is also commonly accepted as the most formative year for Renaissance influence within Spain.

The artistic relationship between Italy and Spain in the second half of the 15th century inspired a remarkable cultural interchange. In literature, for example, the likes of Spanish author Antonio de Nebrija’s (1442-1522) first book of grammar, Gramatica Castillena, helped codify Castilian as the official language of Spain, replacing Latin.

This was a major step in the genesis of the romance languages as we now know them. The success and popularity of De Nebrija and others were to later help authors such as Miguel de Cervantes cultivate the Spanish language to an even greater sophistication.

In painting, El Greco is universally known as having a great impact on bringing the Italian Renaissance to Spain. When it comes to Renaissance architecture, Spanish examples abound in just about every corner of the Iberian Peninsula.

This defies the notion that there is little of architectural interest in Andalucia apart from the structures of the Islamic period. Consider…
In the late 15th and early 16th centuries the twin hill towns of Ubeda and Baeza grew exponentially wealthy from the production of textiles, grains, vines and olives.

Local nobility ploughed much of their wealth back into epic but locally concentrated architectural projects. These two pueblos established a direct pipeline of influence between themselves and Florence and Rome. They imported architects and exported future designers and craftsmen to bring back the methodology and values of the ongoing Italian Renaissance.

In and around the narrow streets of this plaza is a concentration of 48 officially recognised monuments and more than another 100 buildings of interest, almost all of them in the Renaissance genre.

Much of what you see in Ubeda (and Baeza) was the design of one man; Andres de Vandelvira, perhaps Spain’s most celebrated architect.
The Capilla de El Salvador, the Palacio de Dean Ortega, and the Hospital de Santiago are but a few of his celebrated local masterpieces. In1975, Ubeda received the prestigious appointment of the Council of Europe as Spain’s ‘Exemplary Acts of the Renaissance’.

In nearby Baeza (less than nine kilometres to the west), the urban planning is of an oval form which suggests a more public, ecclesiastical and educational function. The town’s most valuable treasures are centred around the cathedral on Plaza de Santa Maria and run in an axis of narrow, winding streets through the Cuesta de San Felipe down to the Canuelo Gate.

The street networks of Baeza developed by design to link the main structures (i.e. the citadels and cathedrals) with the city gates of the still existing perimeter wall. Baeza’s town hall (Ayuntamiento) is formed by two separate buildings united by an arch.

The nearby Antigua University similarly has two levels of elegant Renaissance arches. As in Ubeda, many of these buildings carry the design features of the aforementioned Andres de Vandelvira.

The economies of Ubeda and Baeza collapsed in the 17th century. Ironically, this had the fortunate side-effect of preserving the Renaissance architectural legacy because very few new buildings were built. Spain is replete with perhaps better-known examples of Renaissance architecture such as Sevilla’s Casa Consistorial, Granada’s Cathedral, Madrid’s El Escorial and the facades of Salamanca University.

One would be hard-pressed however to find a more concentrated and well preserved display of Spanish Renaissance architecture than Ubeda and Baeza. UNESCO evidently recognised this as it designated the twin pueblos as a World Heritage Site in 2003.

East of Cordoba (an hour away), north of Granada (also an hour), and west of Almeria (two hours), the area is easily accessible, well off the tourist track and additionally offers a rural small-town ambiance. The effort to visit is well worth it. Enjoy and travel safe!