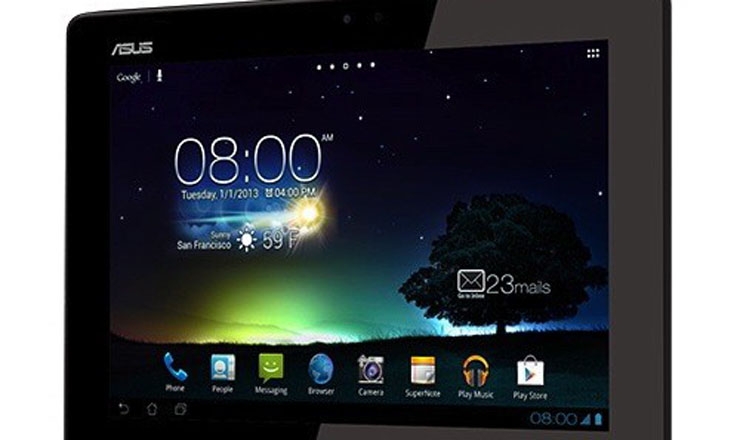 Asus today unveiled its Padfone 2, an update to its Android smartphone with tablet docking station.

Asus today unveiled the Padfone 2 at a press event in Milan. Asus Chairman Jonney Shih revealed a significant upgrade to its Padfone Android smartphone with tablet docking station. Though the phone has received a boost in screen size, it’s thinner and lighter than its predecessor, and while a glance at the screen might lead one to think the tablet has remained the same, it turns out this is far from the case. Read on for details and an almost full specs run down.

The phone comes equipped with a 13-megapixel camera can capture images in 6 shots-per-second bursts while simultaneously recording 1080p video at 30 fps or 720p at 60.

The tablet, dubbed the Padfone 2 Station, retains the same screen size and resolution: 10.1″ at 1280×800, but has otherwise undergone a complete, slimmed down redesign.Fully charged, the Station’s 5000-mAh battery can recharge the Padfone 2 three times, or provide a claimed 36 hours of 3G talk-time with the phone docked.The Padfone 2 Stations’s specs as available:

Putting it all together

A major cosmetic change is that there is now no cover over the phone when docked with the tablet. The configuration has swung through 90° so that the phone’s length is perpendicular to the tablet rather than parallel. ASUS claims an “instant transition” when switching from smartphone to tablet use, and it is now possible to dock the phone with a single step.

The combined weight of the the Padfone and Station is 649 g (22.9 oz), a touch less than a third gen iPad.Padfone 2 is set for release before the end of December in parts of Asia and Europe (see below). Launch dates for countries further afield are yet to be confirmed. The Padfone 2 will come in 16-, 32- and 64-GB versions and will be available in both black and white.Though we’re yet to receive confirmation from Asus, multiple reports have the price for the Asia launch starting at TWD17,990 (US$615) for the 16 GB Padfone 2 (sans Station), reaching TWD21,901 ($750) for the 64 GB version.

The Padfone 2 Station will be sold separately for TWD8,990 ($307).In Europe the Padfone 2 will ship with the Station. Pricing is said to start at €799 ($1,042) for the 32 GB option rising to €899 ($1,1723) for the 64GB version. A 16 GB release will follow.Full list of Asian countries set for a December launch: Hong Kong, India, Japan, Malaysia, Singapore, Taiwan, Thailand, U.A.E.Full list of European countries set for a December launch: Bulgaria, Estonia, Finland, Germany, Hungary, Italy, Poland, Portugal, Romania, Spain, Sweden