The taste of home 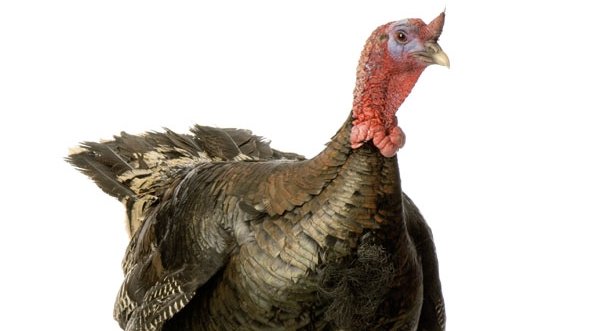 HOW was your Christmas? We did something we haven’t done before, we went out for lunch, to quite a fancy pants place. But you know, one of the best things about Christmas, in my opinion anyway, is the leftovers from Christmas dinner. Cold turkey and stuffing (we call it ‘scurly’ it’s my Mum’s recipe from Aberdeen, an oatmeal and onion stuffing which is very simple yet completely addictive, and totally compulsory with turkey, if I don’t get my scurly then Christmas frankly hasn’t happened) on granary bread with cranberry sauce, lettuce and mayonnaise? Don’t mind if I do thanks. Well, you don’t get leftovers if you go out for lunch do you? So, thinking ahead I cooked a turkey and the whole shebang on Christmas Eve for exactly that purpose, to have it lurking in the kitchen ready for Christmas pickings. As it turned out I could have taken the turkey with me, as a kind of ‘carry in’.

We were there along with approximately a hundred of our fellow expats for Christmas lunch in the form of an all you can eat style buffet. It wasn’t one of those sad buffets where the food has been there for three days. No, the spread looked amazing: great starters, lots of variations on the smoked salmon theme and crunchy salads, fish, ham, lechona, and the all-important turkey, and then some good puds as well. The atmosphere was very much “peace and love to your fellow man” and there was merriment and Christmas cheer. But this all came to an abrupt end when the queue for the carvery stopped moving. Like a Tesco petrol station on the second morning of a fuel shortage, the people at the front were determined to be served exactly what they wanted, and they hadn’t come to get a Diesel Professional double cooked Gammon joint, no they were there for your bog standard entry level petrol, Turkey. The traditional Christmas dinner, you’ve got to have it even down to the hated sprout. But I don’t think the restaurant we were in had truly realised exactly how popular the humble bird was going to be, they seriously underestimated our need for tradition and our hankering for a taste of home. I think of the hundred or so people in the room that probably 95 per cent of them would have gone with turkey, despite the delicious other offerings.

I can only imagine the feeling of terror that must have seeped through the server’s veins as he realised that he was faced with a queue of revolting Brits who were all going to want the same thing. We don’t eat turkey any other day of the year, but my goodness, we definitely want it when we’re not in our home country for Christmas. It’s not the most succulent or popular of foods, but we have to have it, it’s essential. So how can it have felt to have to tell a crowd of suddenly disgruntled customers that Christmas was over as the turkey had run out?

There were immediate rumblings through the queue, and the news spread through the room. Some may have overreacted; it is only lunch after all. “They’ve run out of turkey!” “Nooo, how can that be?” It’s an impossibility, how can you run out of turkey on the big day before everyone has had their slice? Well, they did. And everyone who hadn’t yet had a portion just had to have something else to eat, it was disappointing for them but in a way it gave everyone something to talk about in the queue: Brits brought together in the face of adversity and somehow we all managed to struggle on. In fact there you are: three of the most British things ever turkey, queuing and overcoming adversity. I say this though with a little smile on my face as I knew what I had waiting for me in the fridge back at home. . . New Year´s Resolution number one: plan ahead? Check.