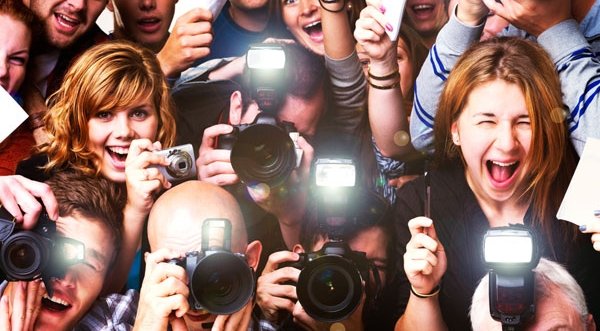 The treatment by the authorities of artistes, whose careers are being wrecked by nothing more than hearsay and accusations presented by any female who decides to walk into a police station or talk to a newspaper, reeks of big brother. And it is being coupled with an irresponsible media frenzy we should all be ashamed of.

Why is it that showbiz folk are considered fair game in matters of this ilk? Just because they are in the public eye and ‘on show’ doesn’t mean they don’t have normal families and loved ones at home. Families whose lives are now being utterly traumatised by these often wild accusations, none of which have so far been substantiated.

At the time of writing Jim Davidson is the latest personality to feel this almost unbelievable clod hopping weight of plod and publicity, an unacceptable situation which could ruin his career.  Accused by two women who were in their twenties at the time of the alleged ‘assault, he has had his home ransacked (very publicly) by an overly enthusiastic plod, been dropped from an appearance on Big Brother and now finds his whole future on the line, and he hasn’t even been arrested.

It is almost beyond belief that a mere accusation of wrong doing can cost someone untold thousands in earnings or to lose their livelihood whether they are guilty or not! Another much loved, to date unnamed performer, is at this moment under observation in a clinic after almost suffering a nervous breakdown as a result of once again unsubstantiated accusations being leveled against him.

Heaven help me, even I have been searching the deep reaches of my memory, as to whether any of the seemingly endless supply of young girls, eager to exchange sexual pleasures with me or my band members was underage or not.  It’s ridiculous almost in the extreme.  It is almost as though the authorities were getting their own back on the showbiz people who were offered these pleasures.  Back in those days, many of the present older members of these various departments did , I’m sure seethe with jealousy, as their peers were reported indulging in those ‘swinging’ activities while they were stuck in the not so privileged corners of their own careers.  What better way to create a ‘he who laughs last’ situation by finally bringing down those who were the objects of their jealousy?  Don’t dismiss this idea as typical ranting Leapy. Some people will harbour this type of resentment for years; don’t be naïve enough to think there’s no chance of it lingering in a maggoty mind somewhere out there.

Broken any New Year resolutions yet? Mine are already in smithereens.  Ah well, there’s always 2014!