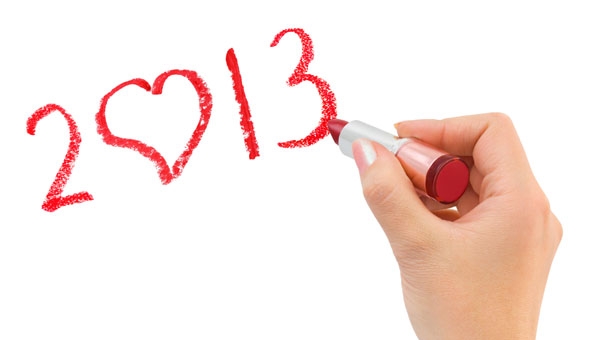 THAT’S it then; adieu 2012 and bonjour 2013 (pardon my French but I have been reading about King Charles the First, his (alleged) lover the Duke of Buckingham and their disastrous attempts to invade France).

Now I love a good reminisce as you all know (or maybe you don’t in which case, pay attention at the back) but sometimes looking back gives you nothing but a cricked neck and a deep sense of dissatisfaction.

It’s gone, leave well alone I say.  News presenters, celebrities and even the old lady who destroyed a masterpiece (don´t get me started) have all had their say. They have carped, crowed, hummed and hawed about the good/bad old times of the outgoing year.  “What has 2012 ever done for me?” they call like dumped lovers desperately trying to blacken the memory of an ex.

“Out with the old and in with the new” the saying goes, the cry of a child stomping on a much loved toy in anticipation of a nice new shiny one. The old year has slunk away shamefaced recalling, for the sake of its self-esteem, all the good things it gave us and bemoaning the ingrates that it leaves behind.

Meanwhile we kick at the dust, heads downcast, refusing to look it in the eye as we spill a plethora of tired excuses at its feet: “It’s not you it’s me…I need space…you deserve someone better than me…I’ll always love you, I’m just not IN love with you.”

So in the spirit of free and honest discourse and influenced by the aforementioned spiritual blindness of King Charles (who ordered beggars and workmen to remain in their houses as he travelled to one or other of his palaces so as not to sully his sight with the everyday) I say, well done 2012 you were beautiful, while at the same time crossing my fingers behind my back.

On the subject of looking back, quite out of the blue I was contacted by an old art school friend (not that she´s old, just a person from the time before reality set in). Michele was the first person who really listened to me.  She was slightly older than me and had a tranquillity about her that drew people to her.  Her honesty, sensitivity and ability to get right to the heart of a problem always astounded me and had more to do with her character than her age.  So I hope that 2013 sees us re-establish our friendship (sorry 2012 I know it was you who brought us together) as I for one will relish flights of nostalgia and journeys of remembrance in our tentative first steps towards a renewal of friendship.

Now back to Chaz the First, is it any wonder there was a civil war?  He ruled a country whose wealth and place in the world had been established by Elizabeth the First, weakened by James the First  and then left flapping around the ineffectual (bejewelled) feet of one of the worst monarchs in British history.  True his father laid the foundation for the dissolute state of the realm but Chaz certainly relished his own part in its near destruction.  In fact he would have done well to look back and learn.

I wish you all a happy and prosperous New Year (sorry 2012).