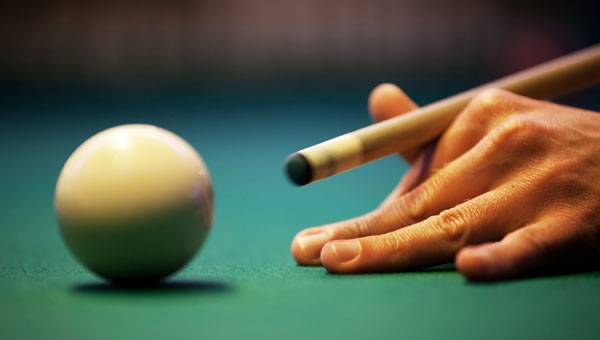 Snooker to stay on the BBC

The BBC will remain the primary UK broadcaster of snooker’s biggest domestic tournaments until at least 2017, after extending its current deal with World Snooker. The World Championship, the UK Championship and the Masters will continue to be shown on the BBC up to the end of the 2016/17 season. Under the deal, there is also the option to add “one further event” after 2014. Financial terms were not disclosed.

All the three major snooker events will be given live network coverage on the BBC throughout the UK, and coverage will also be made available on BBC iPlayer. World Snooker Chairman Barry Hearn said that the deal extension is “wonderful news” for the millions of snooker fans who enjoy watching the BBC’s coverage. He said that there was over 260 of coverage of snooker shown on the BBC last season, and the 2012 World Championship was watched by 28.5 million people, which “proves what a wide appeal there is for snooker”.

“The World Championship, the UK Championship and the Masters are among the highlights of the sporting calendar so it’s terrific that they will remain on terrestrial television,” Hearn said.  “Snooker has made huge progress in recent years and is growing rapidly as a worldwide sport. The BBC remains one of our most important partners and we look forward to many years working with them.” World number one snooker player Mark Selby added: “Everyone’s first memories of snooker are watching the big events on the BBC so it’s great for the players and fans to know that those tournaments will remain on terrestrial TV for at least the next four years.”

John McCririck has started legal action against Channel 4 over allegations that he was dropped from the broadcaster’s racing coverage due to age. McCririck was one of the channel’s presenters to be axed when it switched production teams from Highflyer to IMG in 2012.

Derek Thompson, Mike Cattermole and Alastair Down were also dropped in the handover. Veteran form expert Jim McGrath has remained on the team, alongside new anchor Clare Balding. McCririck spoke out about Channel 4’s decision last October and is now suing the channel with the services of employment and sports law specialist solicitor Stephen Beverley, of the London West End Cavendish Legal Group. In a statement, the TV star said: “Channel 4 and production company IMG Sports Media were yesterday each served a letter before action for age discrimination.

“After 29 years with Channel 4 Racing, on a rolling annual contract, I have been sacked without any consultation or cogent explanation. I am 72. “For loss of future earnings, unfair career damaging, public humiliation, stress and mental anguish, I will be seeking £500,000. Ageism is illegal. For tens of thousands of employees it has become the feared scourge of our society. This litigation should prove to be a watershed. There’s no upper limit to the amount of damages employment tribunals can award under the Equality Act 2010.

I am seeking a further exemplary, punitive £2.5m, part of which will be donated to charitable organisations helping to prevent negative prejudice in the workplace.” McCririck is a divisive personality with a unique and boisterous presenting style, who famously appeared twice on Celebrity Big Brother when it was on Channel 4. From 2013, Channel 4 Racing will be the new home of horse racing on TV. It will broadcast 88 days of coverage a year and show nearly 300 hours of live action. This includes a range of premium events, including the Cheltenham Festival, Aintree’s three-day John Smith’s Grand National meeting, the Investec Derby Festival from Epsom Downs, Royal Ascot and Glorious Goodwood.