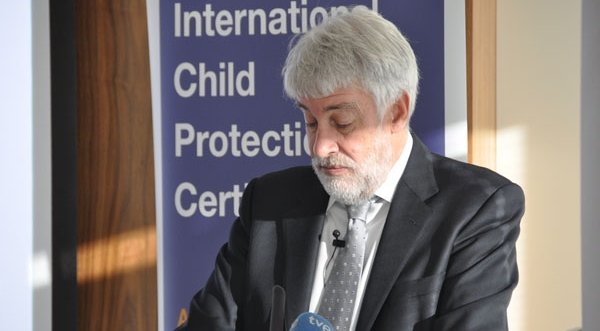 URGED TO REGISTER: The UK ambassador to Spain Giles Paxman will lead the forum

BRITISH expatriates living locally will today (Thursday) be urged to register with their town halls…with the personal endorsement of the British Ambassador.
Giles Paxman, the ambassador heading the UK´s embassy in Madrid, will personally take part in a forum entitled Working together to help British residents.
The forum – scheduled for local councillors for European residents – is being organised by the British Consulate in Alicante and is being held in the AC Hotel, Alicante.
It will be attended by councillors from more than 15 town halls in the Alicante province as well as Mercedes Alonso, the Provincial Councillor responsible for European Residents.
Her department provides helpful information on the padrón and other issues including local taxes, social services, NIE numbers and driving in Spain
Ambassador Paxman and the Consul in Alicante recognise that town halls are key to almost all local public services in Spain and that expatriates not registered with them – on the “padrón” – are likely to miss out.
This is why town halls with a high percentage of British nationals registered and who have a specific councillor dedicated to working with European residents have been invited to attend today´s forum and to talk about common problems and look for innovative solutions.

Many British residents in Spain believe that by not registering on the padrón, they can still remain residents in the UK.

However they end up not being considered a resident in either and thus missing out on vital support and services.

Paul Rodwell, the British Consul in Alicante, said “The Consulate is here to support and advise British nationals, but I am convinced the main source of support for communities and residents who are more vulnerable can also come from their town hall.

“They are the ones able to offer long term help, from social services or the use of meeting facilities for clubs and associations.

“I urge all British nationals who haven’t registered on the padrón to make it their new year’s resolution.

“It’s simply a way for the local town hall to know how many people live in their area, and enables each town to be properly resourced for their population. The benefits to the person who registers far outweigh the hassle of having to go down to the padrón office and fill in the relevant forms.