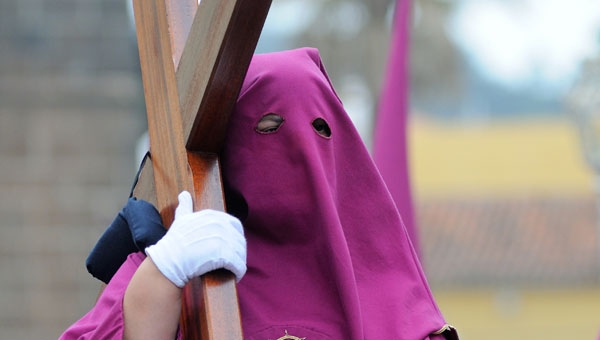 A HEFTY milestone in my Spanish life swept past largely unnoticed last week: we have now been in Mallorca for one whole year.

The anniversary was not accompanied by the pop of a Champagne cork due to the tediously dry January (damn those New Year’s resolutions) and no congratulatory cards dropped through my letterbox even though the occasion, here in the land of the sun, may deserve it.

It would be handy if we expats had a little badge with the number of years in situ.  That way we’d know to whom to turn for information when needed.  Or reassurance that we plumped for the right country to emigrate to. Or someone to explain the curious cultural differences in layman’s terms.

The plethora of celebrations for various saints for example. I had just mastered the holy trinity of Santa Claus, the Easter bunny and the tooth fairy, when along come more fiestas than you could shake a sacrosanct stick at.

Hot on the heels of Three Kings Day came San Sebastian and then Sant Antoni; each occasion seems to call for processions, vast amounts of bonfires and people dressed in anything from royal fineries to demon incarnates.  The dressing up part seems to be the one constant.

Now, I am all in favour of livening up the humdrum of daily life with a costume, but the slightly fearsome white outfits they don for Easter won’t be finding its way into my wardrobe any time soon.  Of course, all these festivals seem to take place so late in the evening that I am nodding off and pleading with my kids to let me go to bed. Surely the expression goes ‘seize the day’ rather than ‘the night’?

With 12 months under my belt, I really thought I would have the hang of this ‘up-all-night’ capacity of the locals, but, sadly, this is one cultural aspect which shall forever remain a mystery.  “Don’t worry! By next year you’ll have dinner at 10pm and go to bed at 5am,” Spanish friends reassure me, but I think there is little hope.  How many years do you have on your badge?  Do write in and tell me at what stage you magically metamorphosise into a night owl.

Of course, it could all be down to the fact that here in Spain emotion and following your heart rule the roost.  Just listen to the music.  You could probably count on the one hand the number of songs that don’t include heart-rendering wails of ‘mi corazon‘ being ‘roto‘ or something along those lines.  Clearly, sleeping slips down the to do list when engaged in such raptures of emotional torment.

And what follows music if not dancing; a huge cultural difference.  While I can just about survive a bit of wedding dancing if push comes to shove, the Spaniards seem to be born with the ability to Flamenco or shake their booties in manners entirely out of this world.  I sometimes skulk into the Zumba class at my local gym to glean a few tips from the professionals. The Spanish contingent generally dance their hearts out at the front while I and a couple of equally double left-footed individuals stay firmly at the back of the room.  The class covers a range of moves, but funnily enough never Morris dancing, the Kanga or the hokey cokey…

So, as you can see, I still have a long way to go to become a true Spaniard, but I am working very hard at it: Language classes, tick. Learnt to keep up with the local drivers, tick.  Absolutely positively refuse to leave the glorious sun here for at least another year, tick!