Web of deceit weaved by the West 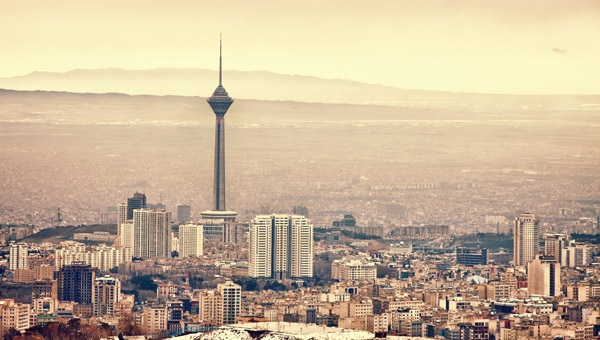 I WAS one of a privileged few who recently watched a video excursion through the Iranian city of Tehran.

A transport structure to impress, randomly taken video images of city parks and plazas showed well dressed people going about their business.  The video has since been pulled by those who wish us to think of Iran as a backward and corrupt primitive hellhole desperate for liberation.

Iraq was similarly peaceful and prosperous until Western democracies decided to liberate its mineral wealth.  Today, after liberation, Iraq is a backward and corrupt primitive hellhole desperate for liberation.  As the defeated Germans used to say: ‘we can survive another war but not another liberation.’

How ironic that although the internet offers insight into the real world we are perhaps more ignorant of it and its ways than our grandparents were.  I am fortunate as my ‘office’ is in Eastern and Western Europe.  Sadly, one only has to read a popular UK newspaper’s readers comments to blush at the ignorance of today’s generation.

There is common belief that Russia and former Eastern Bloc nations are politically corrupt, impoverished and drab.  This is far from the case but it helps to maintain the illusion that all is well in Western Europe; that Britain and elsewhere in the European Union, though imperfect are far better off.

Trying to convince people otherwise can be difficult.  Visitors to Kiev, the capital city of Ukraine; Budapest, Prague; the Czech and Slovak republics, Croatia; the Baltic States are invariably taken aback.  They are not only impressed by the natural loveliness of these locations but of the lack of crime, lifestyle and obvious wellbeing of those fortunate enough to live in such places.

Yes, there is social deprivation, corruption and hard times are experienced in these lands, but it is far less evident than it is in the West.  Throughout the former Soviet nations there is an illusion that opportunity, prosperity and political integrity are superior in Western Europe.

The truth is corruption and political incompetence is a widespread political failing regardless of country.  Riots and institutional violence in the West remind me of the collapse of the USSR.  Because of the internet and budget air travel we now have the freedom to explore as never before. What a shame if the harshest censor of all was our own lack of curiosity.