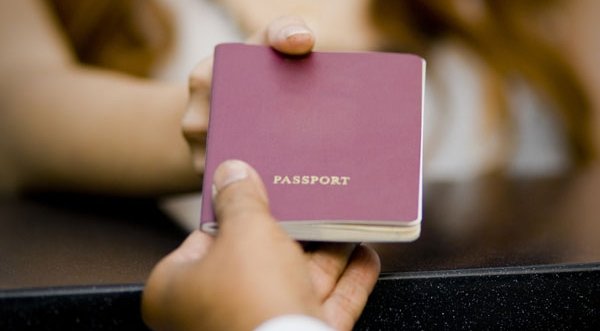 IMMIGRATION: People are being set free if they can’t produce their papers

BRITAIN has to be the only country in the world where illegal immigrants are set free if they can’t produce papers as means of identification.

This particular ruling turns the whole border control issue into complete farce. The officers who partake in this highly expensive and time consuming waste of man/woman power must be utterly frustrated and probably in despair, when, at the end of a carefully planned operation to root out illegal foreigners, they have to let them go if they can’t produce passports.

This whole system surely makes us a complete laughing stock in the ranks of these people, who are subsequently released and instructed to ‘pop back to the police station in a week or so’, which of course 99 per cent never do.  Instead of pouring a never ending deluge of money into this ridiculous operation, why not use it to build a vast boot camp in the middle of Dartmoor somewhere?

They could then all be chipped, allowed no communication and sent out to work in the most unpleasant circumstances possible, breaking up rocks if necessary.  I’ll bet they’d soon come up with their countries of origin if their lives were made a misery.  We really do need to stop pussy footing with these people.

Which brings me to another almost unbelievable event that occurred last week, where a British judge ruled that an 18-year-old Moslem man should be spared prison because he ‘didn’t know it was illegal to have sex with a 13-year-old girl’?  You couldn’t make it up could you?

Apparently this person had been educated at an Islamic school in Birmingham. There he had been taught that women were ‘no more worthy than a lollipop dropped on the ground’.  Charming!

Surely this gave all the more reason to bang him up for the maximum seven years, purely as a warning to heaven knows how many other male individuals being released into British society with these same corrupted moral views about the feminine gender? Heaven knows what else these people are being taught in these establishments!

I thought the British education department had some say in what is on the curriculum of schools in the country?  Apparently not.  I mean we may upset someone or, heaven forbid, interfere with their ‘uman rights.  Don’t want ‘em burning the British flag in Iran do we!  Give me a break.

These places should be closed down and the pupils spread out into British schools teaching proper British values and morals.  If they don’t like it I’m sure there are a number of countries who would be only too happy to accommodate those teachers who wish to inform their male offspring that females are no better than half consumed lollipops!

The sun is still shining in Tenerife. Twenty six degrees yesterday. Sorry about that!