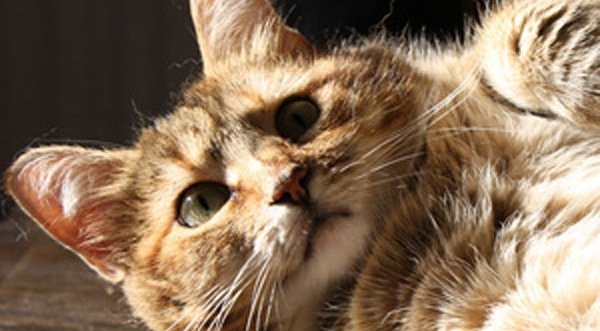 PET LOVE: Britons can get obsessive about animals.

The show will explore households where animals have truly taken over and where owners are struggling to maintain their expanding pet populations. “We are a nation of pet lovers but the Pet Hoarders have taken this to another level. You know the animals have taken over when your home becomes one big food bowl come dog basket,” said Channel 5 commissioner Michelle Chappell.

Emma Lambent from Lambent Productions added: “It’s a fascinating subject to explore and a rich world to open up.  “Lambent is well known for our ability to tell hidden stories with care and sensitivity and we are thrilled to be making this for Channel 5.”  Pet Hoarders was commissioned by Andrew O’Connell and will be overseen by Michelle Chappell.
Mad Men will return to UK screens in April. The ’60s set drama’s sixth season will debut on Sky Atlantic on Wednesday, April 10 at 11pm.  The confirmed airdate means that UK viewers will get to see new Mad Men episodes three days after US transmission.

It was confirmed last week that Matthew Weiner’s Emmy-winning series will return to AMC on Sunday, April 7 at 9pm. The season six premiere has been written by series creator/executive producer Weiner and will be directed by fellow exec Scott Hornbacher.  Weiner has confirmed that there will be a significant time jump between the show’s fifth and sixth seasons, with future episodes of Mad Men exploring the late 1960s.

All of the show’s central cast are expected to return, with January Jones – who appeared in just four episodes last year due to her real-life pregnancy – revealing that she will play a larger role in the new season.
Ripper Street is to return for a second series on BBC One. The period crime thriller – created by Richard Warlow – will air eight new 60-minute episodes in 2014.  Matthew Macfadyen, Jerome Flynn and Adam Rothenberg star in the Sunday night drama, which is set in London’s Whitechapel just months after Jack the Ripper’s reign of terror. “Quality and ambition run through Ripper Street, from Richard Warlow’s original scripts, the incredible cast and the captivating direction,” said the BBC’s controller of drama commissioning Ben Stephenson.  “All combine to create a period series with a modern and gripping edge that will return for a second series in 2014.”  Ripper Street launched with 7.89 million viewers on December 30, with the first episode drawing nearly 90 complaints due to its graphic content.  Series star Macfadyen – who plays Inspector Reid – later spoke out to defend the show, praising its “colourful”, “grimy” style.  Ripper Street’s first series continues this Sunday at 10pm on BBC One.

If you would like me to answer any questions you may have on satellite TV or to expand on anything I have written about please call me on 678 332 815 or email [email protected] I look forward to your comments and questions. Don’t forget to listen to my radio show every weekday from 10am on Spectrum Radio (90.8fm), or listen online at costaalmeria.spectrumfm.net for the latest news and views from the world of satellite television.