Donation a mere drop in ocean for brand Becks 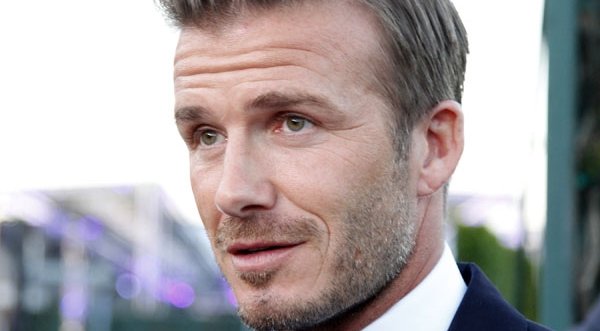 BRAND BECKHAM: Is donating all his French wages to charity one big PR stunt?

I’M sorry; I just can’t get my head around the euphoric adulation following Beckham’s decision to donate all his ‘French wages’ to charity.

Personally I think it is a cynical PR exercise in the worst possible taste.  I simply can’t stand people who use charity as a way of gaining personal publicity and this particular maneuver reeks of it.  I’ve no doubt the recipients of the £3 million (€3.46 million) in question will be highly grateful (once the Beckhams decide who they are; they haven’t actually thought that far ahead yet!)

But frankly, to the phenomenally wealthy ‘Brand Beckham’ the amount is a mere pittance. The free publicity they have already received would itself run into millions were they paying for it.

And of course, what has not exactly made the popular headlines is the vast income that will be generated by the accompanying marketing exercises.  A lavishly oiled money making machine that is no doubt in full overdrive as we speak.  Beckham’s slice of this huge amount of earnings will dwarf the paltry £3 million he is ‘so generously’ forfeiting from his wage packet.  No, what would impress me would be for Beckham to donate his entire income for the three months in question.  Now wouldn’t that be something?  What would impress me even more would be for the whole thing to have been done anonymously.  No chance of that of course.  On the relentless road to knighthood, acts of generosity need to be as publicly aired as possible.  To me the whole thing reeks of more plotting on route to Posh’s pout outside the palace, one leg placed delicately in front of the other as her David dangles his ultimate accolade for all the world to see. Lord and Lady Beckham. The mind boggles.

While we’re on the subject of football, which we are sort of, I could hardly believe my ears when a friend informed me that football songs ie I’m Forever Blowing Bubbles, The Penny Arcade and Fields of Athen Rye, are now banned from many bar Karaoke sessions.  Apparently they’ve been provoking arguments and even violence among the customers. You really couldn’t make it up.

I used to think the quote football is ‘a game played by morons for morons’ a little unfair. The more I see of the so called ‘beautiful game’ with its supporters and participants in this day and age, the more I’m convinced this particular quote could be right on the button.

Well the sun continues to shine in Tenerife.  Problem is, with more and more entertainers following the customer destinations, fees are now less than half they were a few years back. Supply and demand ya see. Ah well, the show must go on, pity the remunerations weren’t a little better!