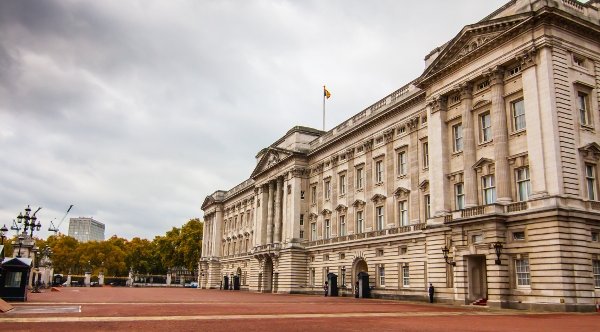 BUCKINGHAM PALACE: Sitting on a stockpile of weaponry?

I REALLY had to think very carefully before putting this week’s column fodder into print.

Frankly I worried my input may be considered a breach of national security, or certainly something the authorities would consider should never become public knowledge.

What finally convinced me was the appalling lack of security that brought this truly incredible information to me in the first place.  Have I got your attention? I thought I may have!

Everything you read from now on is preceded by the word ‘alleged’ just to keep me firmly off the hook.

Some years ago a musician friend of mine was engaged to play a gig for the troops stationed at Buckingham Palace. After unloading the gear at the venue, which adjoined the Palace, he enquired as to where he could safely park the van.

He was finally led down in to the basement that ran under the Palace itself. In his own words, he told me the sight that met his gaze in this truly vast underground area was almost beyond belief. The whole place was literally packed with weaponry. Tanks. Rocket launchers, armored trucks. A whole arsenal of weapons and no doubt accompanying ammunition, stretching away virtually as far as the eye could see.

Enough in fact to easily equip a fair sized army. Right in the very center of London!  Now I’ve searched and ‘Google’d’ high and low and can find no mention of this cache of arms anywhere. Of course if you think about it, the scenario makes perfect sense.

If, heaven forbid London was overrun by some opposing force or another, this would be the Royal family’s highly formidable last line of defense and to date, something of a surprise! What truly worried, and finally persuaded me to go ahead with this revelation, was the fact that my muso friend was, without a search, actually allowed to take his van and park it alongside all this weaponry.

What if he had been some subversive or other? What if his van had actually contained some form of explosive, enough to send up the whole shebang, right in the center of one of the busiest cities in the world? The mind boggles.

Well what do you think? Personally I’m at a loss. One thing I do know is the next time her Maj. asks me to stay the night, I will most definitely decline.  Can you imagine kipping with the knowledge that you’re sleeping over enough explosive to take out not only your house but also a large portion of the city with it? I await your opinions with interest

Finally, this week yet another, far too young friend has lost their long battle with cancer’s evil curse. RIP the lovely Lindsey. Sadly missed.