When the witch-hunters are women men better watch out 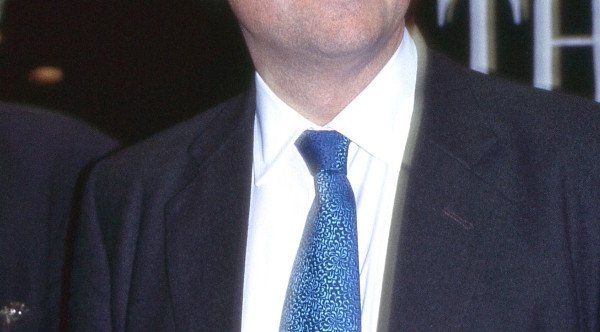 CHRIS HUHNE: The former Conservative Minister is in the firing line this week

NO names, no pack drill but the wind-ups in a certain UK tabloid have me spitting Shredded Wheat.

This week’s whipping boy is former Conservative Minister, Chris Huhne. I dislike him but not in response to the baying sanctimonious femme Taliban.

His downfall has its origins in an alliance with his wife; she took the rap when he was driving and then grassed on him. Is there a spouse anywhere who has not lied to protect their other half? Mine did in a similar way and preened herself.

The Huhne marriage later broke down. With viper-like spite, his former wife blew the whistle with the outspoken intention of breaking her former husband’s career.

She got her revenge; hell hath no fury like a woman scorned. This was added to by much publicised foul-mouthed abuse by his son. Watch out for karma.

This was the cue for the femme Taliban to vent their spleen over cheating husbands. Conveniently forgotten is that statistically women are more likely to cheat than are men. How many men bring up children believing them to be their own?

Never mentioned are the reasons a man abandons his wife. We are left to presume that he cannot keep a civil tongue in his trousers; he is a cad and a bounder deserving of a public whipping. The saintly spouse is always without fault.

Marriage breakdown is a human failing that is truly sad, but to presume innocence of a dumped woman is pushing credulity a little too far.

This is not Queen Victoria’s reign; divorced women are not stigmatised, they are not abandoned to the streets and they enjoy nine points of the law.

An aggrieved woman has incentive to be as disagreeable to her husband as she wishes. She has much less to fear from a failed marriage than an errant dad does; he loses the lot and receives no state handouts.

A woman gets the house he paid for, keeps the kids; the state will pick up the tab. It is a lifestyle option for women to bear fatherless kids. Many women benefit from single parent status. This is why many estates are stuffed with single mums with kids whose dad is the state.

The husband invariably loses all rights to his home and access to his kids. If he does visit, it will be on his former wife’s whim. His responsibilities go with him and his bank account pillaged; default can mean bankruptcy, even jail.

I have contempt for the self-exiled former minister‘s son. Many teenagers disappoint their parents, but whatever their failings they demand parental support. This half-orphan by choice may regret his new status. I wonder if remorse will occur when the lad is wriggling under sheets with someone he shouldn’t.

I wonder why I bothered getting married at all. Many young men also question the wisdom of tying the knot; who can blame them.