St Delia of The Stove finally hangs up her television apron 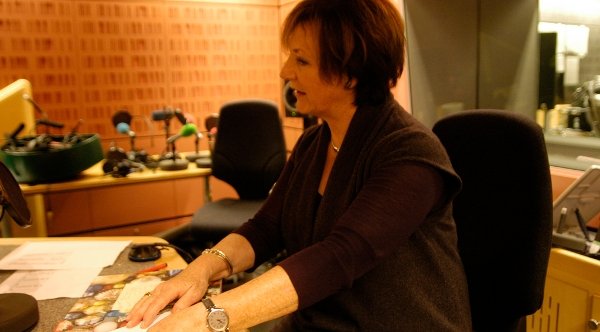 HANGING UP APRON: Delia Smith is retiring from the television cookery scene

NEWS that after four decades, doyenne of the kitchen Delia Smith is turning her back on TV cookery shows – fed up with having to ‘entertain’ rather than teach people to cook – to launch her own cookery school online came as no surprise.

Accomplished classic cookery teacher that she undoubtedly is, I suspect the main reason for hanging up her TV pinny has less to do with her professed dislike of TV as ‘entertainment’ or even her age (after all, she’s six years younger than the ubiquitous Mary Berry) but because she’s been refused TV work by the BBC.

On the one hand, she chose to stay off TV for years between series in order to concentrate on highly paid commercial work and deals with leading supermarkets. And on the other, she badly damaged her brand and reputation for good, classic British cooking with her dreadful ‘cheats’ series where she championed tinned and packet food.

Here she badly misjudged her audience.

People who aren’t cooking food from scratch buy it pre-prepared (and why not?) they don’t ‘cheat’ at real cooking.  People who cook seriously don’t buy Aunt Bessie’s frozen mash or M&S tinned minced lamb.  Moreover, you don’t need Delia to tell you how to cook that stuff. It says so on the packet.

That series, too, included snippets of her personal life and religious philosophy, turning many people off.

Basically, TV cookery shows broadly fall into three categories. Those that cater to people who are clueless about cooking. Delia is for this group. (She was quite right to begin with how to boil an egg!)

Celebrity chefs who do restaurant food; interesting but impractical for home cooks to copy. (Blast chillers and vacuum sealers, anyone?).

Finally, those with a gimmick, like Nigella or Jamie (unless you have massive cleavage or a mockney accent, the BBC aren’t interested, apparently!). Rare is the programme aimed at serious cooks who want to see more complicated techniques, more esoteric ingredients but without today’s TV whizz-bang production values that worship style over content.

RIP Delia Smith – the Fanny Cradock of our times. How we’ll miss your boiled eggs, prawn cocktail and Black Forest gateau … No horsemeat for you!