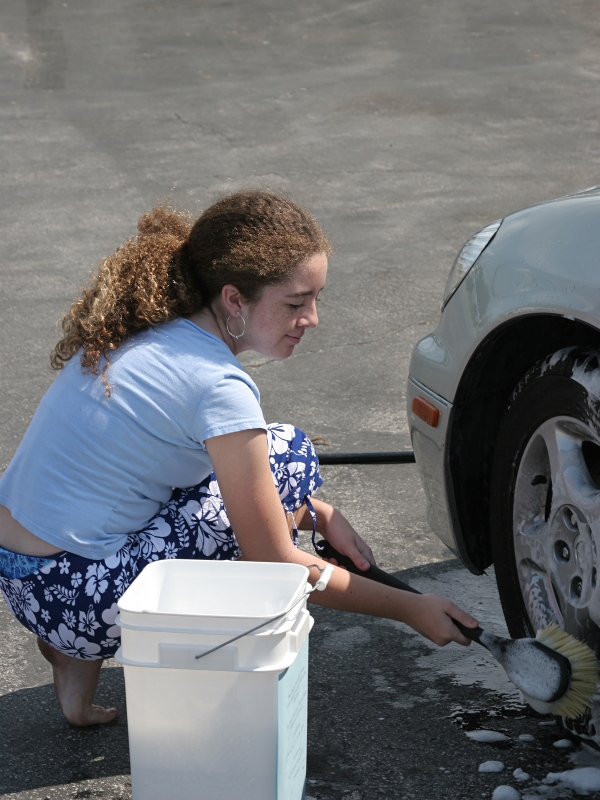 AS a kid, my brother had a paper round from the age of 11.  I used to babysit for neighbours from the age of 14.  My friend packed bags at the cashier of a local supermarket at the age of 16, while nearly every friend I have worked part-time in a café or restaurant during their college years to make a few extra quid.

In our home, apart from keeping our bedrooms clean, my brother’s job was to load and empty the dishwasher, while I was the queen of ironing, which I enjoyed because it’s a job where you can watch TV at the same time.

That’s why it always surprises me how little many Spanish kids do around the house, or how unaccustomed they are to dreaming up small jobs in their neighbourhood that could enable them to earn a few Euros.

Just last week, I was speaking to a group of teens about pocket money and odd jobs. “So what do you have to do to get a bit of money together to spend at the weekends?” I asked. “Que?” was the unanimous reply from blank and confused young faces.

From the looks of things, the concept of working doesn’t enter their minds until they finish studying and start looking for a job. Having surveyed five separate classes of Spanish kids between the ages of 10 and 17, regardless of receiving pocket money each week, about 80 per cent do not have to do any small chore in their homes in return. The girls among the classes definitely admitted to doing more jobs around the home, but the boys blatantly confessed that ‘mama’ didn’t ask anything of them in exchange for their pocket money.

Earning a bit of money as a kid is an important start to lessons in finance and managing money.  If a child thinks money just appears on a silver plate for doing nothing, it’s some shock they are going to get when they enter the real world.

Kids need to dream up silly jobs to earn some money.  Even if it’s picking flowers from gardens, mixing the petals with water and selling it door to door as perfume. This is the start of entrepreneurialism and creative thinking that could make a person rich in the future.  A child that doesn’t begin to understand the value of money early in life is in for a tough lesson on dealing with finances in the future.