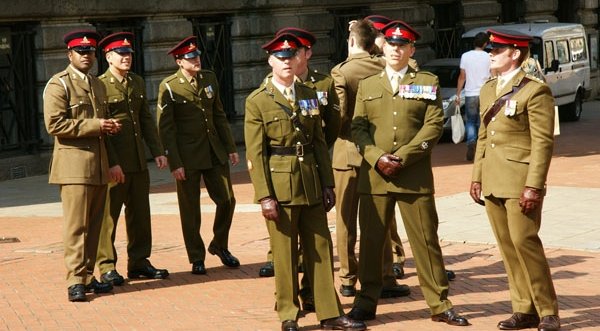 LEGAL AGE: 21 should be the age to vote, and fight

LOWER the voting age of British subjects to 16?

Have they all completely taken leave of their senses? Apart from the extremely rare exception, most teenagers are not aware, or frankly even care about the intricacies and often devious workings of the political parties who infest our lives like incurable lice.

In the first place children of 16 are more likely to vote in the latest rap sensation than any candidate from a major political party. And why not? They’re children for heaven’s sake. Let ’em enjoy it. Plenty of time to involve them in the affairs of the so called adult world, which will undoubtedly blight the rest of their existence.

Frankly I think that even 18 is too young. Which brings me to the argument that if they’re old enough to kill they’re old enough to vote. A five year old can pull a trigger. Before you all begin screaming I am undermining our brave troops, nothing could be further from the truth. I have the utmost respect and admiration for our armed forces.

What I truly believe is that no young person should be exposed to active service until they too are 21. This should also be the age they are allowed to vote. At 21 they are far more capable of deciding who should lead them on to the field of battle or through the battlefield of life.

The elderly masters of war have been sending our young men and women to an early grave for much too long. If they’re allowed to continue unchecked who knows how far they will endeavor to take it? The sickening sight of Adolph Hitler congratulating the children of his youth brigades before sending them to almost certain death shudders to mind. No, 21 to vote and 21 to fight. Makes far more sense to me. I’m all ears.

I, as most of us I’m sure, welcome the far overdue decision to make sure doctors in the UK are to be tested in their knowledge of the English language before being allowed to practice. I do sincerely hope however, that those who set these particular tests are also well versed in the language of our British medical society.

‘How are you’? ‘Take one of these three times a day’ and ‘next’ doesn’t quite hack it for me. Oh and in the light of the recent court fiasco, could these exams also be extended to take in those elected for jury service and indeed anyone who seeks to integrate into the far too generous British society and way of life?

Thanks for all your correspondence and also to the extraordinary numbers of people who approach me personally with their views and usually constructive criticism of this column and its subject matter. All thoroughly appreciated. Have a good week.