Flee the old country to live the good life of 52 weeks holiday! 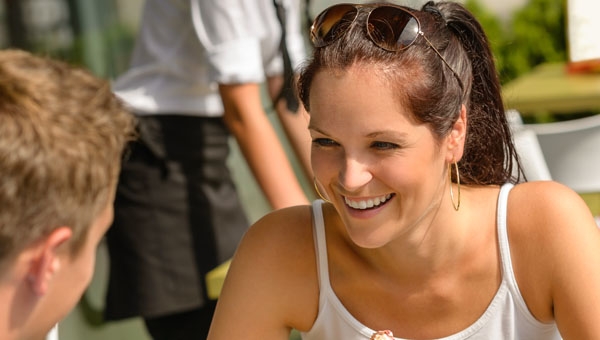 DAILY LIFE: Relaxing on a sun-drenched terrace for 52 weeks of the year

WEARING light summer clothing my friends and I relax on a sun-drenched restaurant terrace. The table service meal is €10 and reasonable wine €4 for the bottle. Our feet tap to the melodies of a gifted pianist. It is mid-winter.

I remind my friends that Britons work damn hard 50 weeks of the year to spend two weeks doing what we do for 52 weeks of the year. “I cannot understand it,” I surmise. “Why do Britons who can move here not do so?”

My friends think people lack the courage to do so. I ran it past neighbours; they agreed.

When I retired my move to Spain was much looked forward to. I loaded my car, rendezvoused with my son and off we scorched.

I did have familiarity with the area but most Britons do. It was suck-and-see and the outcome was that life in Spain exceeded my expectations.

Typically, a couple sold their home in the UK; used half to buy a better property here and banked the rest. Their savings would see them through until their pensions kicked in. It was simple commonsense.

In a spirit of generosity, I used such example to encourage others. I knew they had the means but I was wasting my breath.

Many people do become institutionalised and unable to cope outside a prison, country or work environment. Many think better the devil I know than the devil I do not. They fear the unfamiliar and accept their lot with mixed feelings.

Before retirement, I was dragged to what passed as a social club in an English city. This breezeblock shed was the most depressing experience of my life.


The décor was tatty. A framed 1953 picture of Her Maj’ somehow clung to smoke-stained peeling wallpaper; the beer was overpriced and warm Liebfraumilch was served in a plastic beaker.

My companions that evening were only about 60 years of age but looked much older. Their reminiscences were mostly about work colleagues who had died.

Had I asked them if they might consider retiring to Spain, they would have looked at me with disbelief. They did not see a future.

Like most expatriates, I keep abreast of what is happening in the old country.  I am painfully aware of endemic crime, unsociable behaviour, drug abuse, profiteering, corruption and political incompetence.

I am shocked by Britain’s appalling weather, its high cost of living, official repression, misuse of public funds; a dysfunctional judiciary. I despair at the melting pot rainbow nation foisted on the politically silenced sons and daughters of those who gave their lives to defend Britain’s way of life.

Still I ask; why don’t Britons flee. At least the East Germans had the Berlin Wall and gun-toting guards to keep them in.