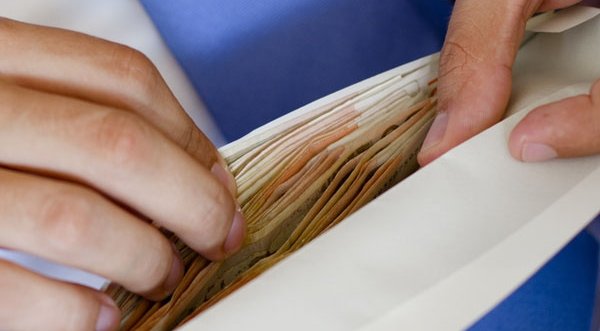 CORRUPTION: Not just confined to Spain

COUNTRIES hardest hit by Europe’s never ending financial crisis are also perceived to be among the most corrupt in Western Europe. Transparency International’s Corruption Perceptions Index for 2012 shows Greece, Italy and Spain with the lowest public sector scoresof all 27 EU countries.

Now, we’ve all heard anecdotes about corruption in Greece from the lowest-paid worker to the political elite.  Seems almost part of Greek culture.  Anything from getting your application to the top of the pile for planning permission. Paying off a speeding ticket by stuffing a wad of cash in someone’s hand. Or passing your surgeon a ‘fakelaki’ (little envelope with cash bribe) if you want to be operated on promptly.

As for Italy, running a scam of some sort seems almost routine, too, whether this involves evading taxes or circumventing the country’s rules, regulations and laws.  Results from the recent Italian election saw voters show firm opposition to ‘sensible’ austerity plans instigated by outgoing PM Mario Monti and overwhelmingly endorsed by Angela Merkel, in favour of comedian, Beppe Grillo, and showman, Berlusconi, who is accused of tax fraud and with a scandal list that goes on longer than a Bunga Bunga party.

And as for Spain, corruption scandals are now so numerous that Spanish TV news lump them together in one swift round-up. Ranging from the King’s son-in-law’s alleged embezzlement to the alleged slush fund operated by Spain’s governing conservative party. These also include the flamenco star who denies money-laundering for her husband while he was mayor of Marbella, and another ex-mayor who denies taking cash from Russian mafia.

But, you know,corruption’s also about less obvious aspects of life.  Like NHS hospital managers too focused on business, cash and targets, not patient care, sometimes with fatal results as in Mid-Staffordshire.

Police going after ‘easy’ targets to improve clear-up rates.  BBC management turning a blind eye to Savile’s activities. The horsemeat saga. Based on these criteria, the UK is hardly corruption/scandal-free.

Someone once said that in order for the EU to function better, each member state should swap governments for six months. For example, the German government takes over Italy for six months and vice versa.  What an intriguing thought.  I can only assume Angela Merkel would be served her meals with plastic cutlery for the duration …