Ten years service to help the quality of people’s lives 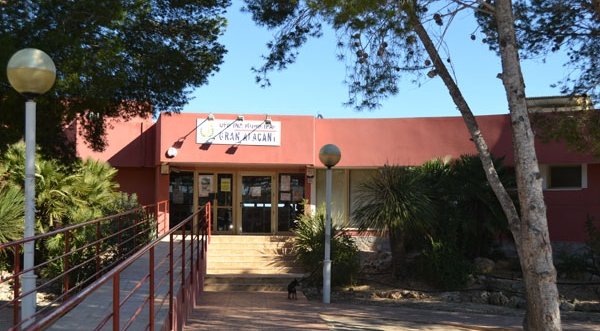 HELP AT HAND: The councillor is available at Gran Alacant's Municipal Office.

TEN years is a long time in politics and in May this year, that is exactly how long Councillor Loreta Cascales Martínez has been working within the Santa Pola government administration.

Her decade as Councillor for Foreign Residents and Gran Alacant has seen her implement minor and major changes, all designed to improve the lives of the registered 13,000 people living on the urbanisations, of which around 5,000 are British.

“When I arrived, Gran Alacant had 3,000 people and there was just nothing, so we have worked very hard to give residents the same services as in Santa Pola and we are still trying.”

After stressing the importance of Gran Alacant to her colleagues in the Town Hall, she has secured its own garden and maintenance team and opened a municipal office, a library, school and sports centre and introduced park areas and bus stops.

Her efforts do not stop there as she continues to fight for backing and funding for a second primary school and a secondary school to be built, as well as a tram station. She said: “Everyone is in a difficult economic situation and we know what has to be done and what we would like to do.” However, work has resumed on the construction of a new market area located by the sports centre. This space will also be used to hold various outside events and is due to open in a month’s time.

The councillor is also confident that a golf course, funded by a private company, will go ahead across from the N-332 opposite the urbanisations. “This will give an improved infrastructure with much better connections and easier access,” she said.

Whilst Loreta admits there has not necessarily been much integration between the largely ex-pat community, she says there has been a social movement in the last seven or eight years with the introduction of bowling clubs, MABS cancer support group, a theatre group and a branch of the Royal British Legion.

“They are representative of what is happening in society and what always surprises me is the solidarity from the British residents, they are giving a lot of money and support to Spanish charities saying they want to give something back.”

Whilst dedicating a decade of her professional life to the largely British community, the experience has also profoundly changed her personal life. Such is her passion and belief in Gran Alacant, she has left her home town of Santa Pola and moved to the urbanisation to live amongst the people she is working for.

Loreta is always happy to speak with residents. To make an appointment call the municipal office on 966 697 749.