Making mistakes is more common than most admit 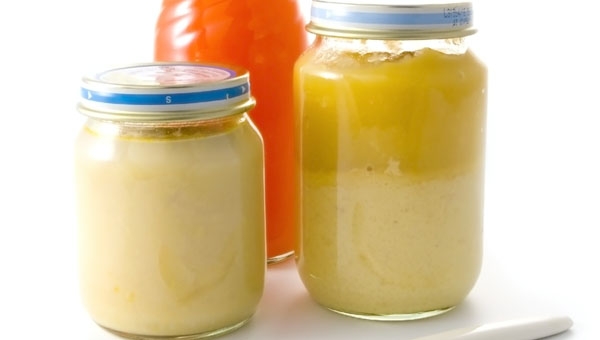 COMMON ERROR: Gerber translated into French means ‘to vomit’ and many assumed the baby on the jar meant the contents were made of babies

TO err is a human failing that is far more commonplace than we care to admit.

In some cases, it is better to not go there, especially to hospital. A study revealed that as many as 98,000 people die in American hospitals each year due to medical errors.

That is close to the combined figure of those who die from breast cancer, road accidents and the AIDS virus. Keep your hats on; it was set against 33 million admissions. Just say, ‘Hey, that sucks!’ 98,000 times.

Christopher Columbus erred when he thought Asia could be approached from the east. It could, if America was not in the way. A pity he wasn‘t on speaking terms with the Vikings.

Some cannot win. When Orange, the French telecommunications company coined the slogan, ‘The future’s bright, the future’s Orange’, it did not go down too well with Irish Catholics.

Gerber the baby food makers were unfortunate. A major market of theirs is the French-speaking peoples of the world. Gerber is French for ‘to vomit‘. It got worse. Africans, many of them French speakers, thought the image of a baby on their jars meant the contents were made from babies.

Braniff Airlines, in an attempt to upstage their rivals, offered leather upholstered seats with the slogan ‘fly in leather’. Translated into Spanish (vuela en cuero) it interprets as ‘fly naked.’

Politicians, notorious for poor judgement have a habit of buying votes with promises that have to be paid for. Every year UK taxpayers cough up £30 billion in interest payments on government loans taken out to meet their empty promises. If your spouse was as hapless, you would have grounds for divorce and you would likely call the police in.

We all make mistakes. I used to look on drug addicts with contempt. I felt superior until I remembered that I was once hooked on nicotine. I too had taken the habit up through peer pressure. It was cool at the time and those we most admired did so.

I do not have any hang-ups about gambling but it never appealed. Then it occurred to me that I gambled throughout my life. I spun the roulette wheel each time I started a new business, bought a car, booked a holiday or brought a new woman into my life.

You win some, you lose some, and there are those whose failings are far greater than ours. I take comfort from Goethe’s remark that the clever man makes bigger mistakes.

It is, I suppose, time to count our blessings and to be more understanding of others. Life is a trail and trial of success and failure. As the business doctor Mohan Sawhney surmised, “Failure is not about making mistakes. Failure is about not learning from them.” One thing for sure, the only thing we learn from history is that we never learn from history.