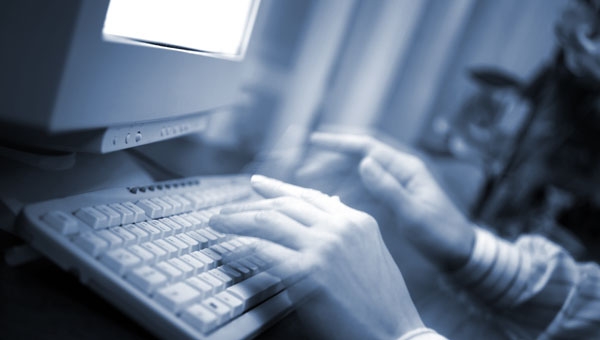 NET SCAM: Beware of people preying on your vulnerability

LAST week an email popped into my website inbox from someone called ‘Anita’.

Nothing strange in that, I often get comments from readers of my novels as well as of this column.

This email, though, was a bit different. It was accompanied by a photo of an extremely pretty, smiling teenager with the message she hoped she could become my ‘girlfriend’.

Now, I know I appear in trousers in the photos on my website but do I really look, umm, male? (Check this out for yourself; the website’s listed below!). And, in any event, would I honestly be interested in befriending someone a fraction of my age over the internet?

The sad truth is that many have been duped into sending money to internet conmen posing as would-be girlfriends/ boyfriends. All part and parcel of what’s usually known as ‘Nigerian scam’, because Nigeria’s where it usually originates, but also known as ‘advance fee fraud’. And it works! In 2010, one Nigerian conman received a 12-year jail sentence after scamming $1.3 million (€1.05 million) from victims.

The Nigerian scam has many variations: 419 scam, for instance, when they offer to transfer millions of pounds into your bank account, or lottery scam, when they inform you you’ve won something in some fictitious lottery.
However, Nigerian dating scam (or romance scam), in addition to asking for money for their studies, sick relations etc. is a bit different. The fraudsters upload fake glamorous photos, mostly of white people claiming to be foreign specialists working in Nigeria or Ghana.

After they initiate some correspondence and maybe even send some cheap gifts, they’ll inevitably be almost on their way to meet you, but something will happen to them. They’ll get robbed, beaten up (you get the picture) and, of course, you’ll be their only contact to beg for financial help.
An American acquaintance got into similar email correspondence with an ‘Australian girl’ who insisted on meeting him. Her father had just died leaving her a “$5 million (€3.865 million) inheritance” but she still needed money for the plane ticket to the USA.

Strangely ‘she’ backed off when informed her target was an LA cop. At least he’d managed to have some fun with her along the way but a scam’s a scam – the pryce Vicky, err, Pryce paid …