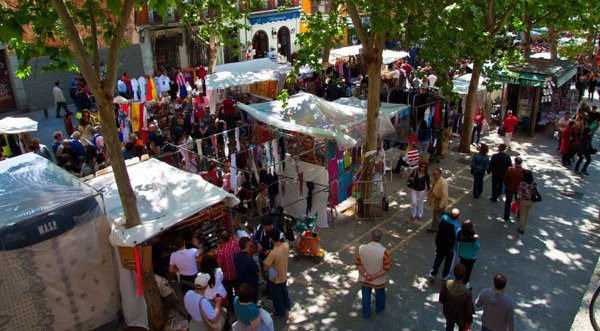 BACK in those ‘olden days’ we had five weeks to earn an entire year’s wages… one week at Easter and four weeks in August.

The whole area lived that way. Those were the weeks of ‘tourism’.  No one visited Mojacar any other time. That was it.

If you didn’t make it then, you didn’t survive all the other weeks in between. Dignity in those days didn’t allow borrowing money from a friend.  It meant all too well that you were dumber than a moon rock and couldn’t earn when you had the blatant, obvious opportunity.

It also meant that strange and unusual people would show up and ask all sorts of asinine questions.

They boiled down to the three following: “Do you like living here?”As if we were surviving on part of that proverbial moon rock.

“Does it ever rain?” Yes, it always rains twice a year… on Easter and my wife’s birthday. Recent world climatic changes might mean it doesn’t hold true anymore. But it does.

“What do you do to entertain yourself?” During the day we count birds flying by. That’s always ZERO. Nevertheless, we keep a keen watchful eye should the circumstance permit a viewing.

In the evenings, we count stars and sometimes get as high as two hundred before being overcome by the majesty and grandeur of it all. Who couldn’t believe in a God when viewing the magnificence of the heavens?

At Easter time, there were parades as well as the rain. Wonderful processions with costumes and lookalike Roman soldiers, always morbid with a tint of the Satanic about them.

The whole world went to witness these spectacles. It was required attendance, unless you could show a hospital card when questioned. The local public kept a keen eye on us knowing full well we might not be ‘of the faith’… the infidel.

These parades were mournful, sombre, doleful events. So much so that immediately afterward the nearest bars would be filled to the rafters. Everyone was pouring down vast quantities of wine and beer as if taking a communion rite.

I thought it good to show my understanding and played a major role in this activity of penitence and redemption.