Tips to stay calm and save stricken Spain! 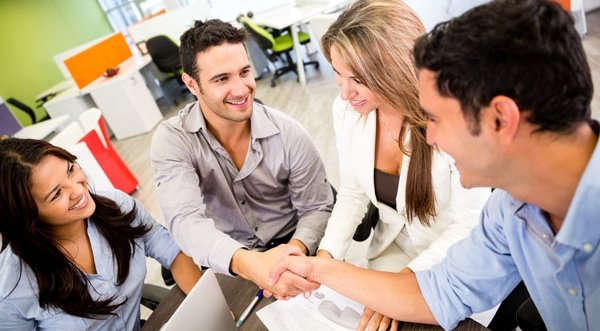 NEGOTIATION: Can it be Spain out of crisis

UNLESS you’ve been on a sabbatical to Mars, you will have noticed that this land of sun and sangria is in a bit of a financial flux.

Of course, we all want to avoid the fiasco that befell Cyprus, where banks remained off-limits and in lock-down for many days before a sour deal was finally struck.

Since the powers that be are struggling to find a viable solution over here, I altruistically thought I would lend them a helping hand. So here are my crowd-pleasing suggestions for saving Spain.

1. Cut the excess fat. There are far too many bureaucrats and politicians doing very little or nothing good and I am sure this should be the first area scrutinised for cuts. After all, we can’t live without healthcare, but I reckon we would be fine and dandy with a few less politicians. Fewer cooks in the kitchen to spoil the gazpacho, as it were.

2. While we are on the subject of politicians, how about making the ones who made off with so much of taxpayers’ money repay it? Just a thought.  And if they have conveniently ‘forgotten’ where they put it, maybe they could do community service, scrubbing public toilets and cleaning the streets until the total of their debt has been repaid.

3. The streets are actually a bit of a battlefield here in Spain. The only thing more unpleasant than stepping in a fresh pile of dog deposit is doing so in your flip flops. If there is a law against not picking up your own dog’s pile, then it is widely disregarded.

Now, I am in fact the owner of a particularly fluffy pooch myself, but I think the fine for fertilising the streets with dog manure should be heavy, helping the country and keeping your toes clean at the same time. Same goes for any litter.

4. In the spirit of cause and effect, it also seems logical to divert the cost of any health issues resulting from nicotine and alcohol to the perpetrators themselves, that is the tobacco companies and the wine and spirit industry.

We are after all mere mortals, weak to their alluring offerings. It seems only right that their taxes should rise, so that we don’t end up paying twice, once for the purchase and twice through our taxes that go to healthcare when our lungs are blackened and veins run pure Tempranillo.

5. Since money seems to be a tad tight, how about reintroducing the barter system? Spain, or any Euro-denominated country, cannot print currency at will, but if you need your plumbing fixed while the wallet is empty, perhaps you could return the favour by doing their accounts or re-designing their garden?  Worked a treat a few hundred years ago.

6.  If all else fails, do as the Icelandic and go sombrero in hand to the Russian government and ask for a favourable long term loan. A zero rate perpetual would be ideal. In 2012, four years after the rescue, three out of four Icelanders deemed themselves to be happy, which after all is what we, the people, value highly.

And since even a Russian Oligarch’s pocket has a finite supply of roubles, it may be worth being first in line ahead of other European nations.

That’s all for now folks. I am sure you fine readers can think of other, equally sensible solutions to end the crisis and I would love to hear your top tips by writing to me at:  [email protected]