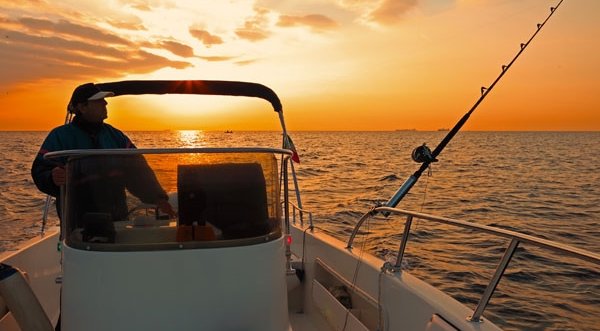 ADMIRATION: Someone to look up to out on the ocean

MY VERY first Spanish teacher was a man amongst men, a titan of society, a pillar of admiration, extremely well liked and admired even by those that sought his capture. MF was his name and he headed the construction crew that built La Gaviota complex back in 1969.

MF lived in Garrucha and presented himself as a simple fisherman. Everyone in town knew this was not true, including the police. They especially liked to keep tabs on him at night.  Unfortunately, that was the only time I could spend with him.
I took a keen interest in him because I wanted to learn the construction trade and pick up vocabulary.  I figured anyone that could have the largest beer belly in southern Spain, walk around in ill-fitting pants tied with a rope, and command such respect and attention, was someone I could learn something from.

Manolo loved drinking, carousing, and telling fish-type stories. Everyone laughed uproariously except me, who was just learning the rudiments of saying “Cerveza EEE tapa”.  If MF was walking around town, everyone followed him. But the moment he got into his car, he was left alone, obeying a Spanish time-honoured rule. Even someone dressed like a clown deserved a girlfriend.  Prying eyes were not invited.

He did, in fact, have such a friend.  Her name being MariJuana, and she was a 40 foot fishing trawler moored in Aguilas harbour. Somehow, his crew knew when to meet him, what days, and exactly what time. It was a feat of prodigious proportions if you consider the era without phones or computers of any kind. (I guess now you know this “cuento” is ancient.) Those timing arrangements were something just short of miraculous unless the crew slept on the boat, which I doubted as there were no bunks.

MF would lay low until morning then go out to sea with the other fishing boats, but take his own route, and not go with the main fleet. He confused his would-be captors and didn’t travel to Morocco but met up with others coming to him, exchanging merchandise or money for mysterious new goods. No words were ever spoken nor names exchanged. Furtive and constant glances took place as often as possible so as to not be surprised.  Pistols and knives were carried for self defence against other contributing pirates who were likewise armed but joined by honour to share.

One day in the early 70’s, neither Manolo nor his building crew showed up for work. I went in search of him hoping to catch him in his favourite haunt, the Katanga in Garrucha. It was where all the Garrucha fishermen went for their morning coffee and brandy before hitting the high seas. The place was populated with cats of an unusual variety.  None had ears or tails. Nevertheless, these creatures took a liking to certain sea dogs and they to them. The reward was a shared excursion out to sea for a day. Some of the sailors had special feline favourites. You weren’t allowed to pet them or show any favouritism.  The penalty was getting the proverbial knife waved in your face just about an inch from your nose.