Business unusual: The MINI Clubvan delivers a bootful of style 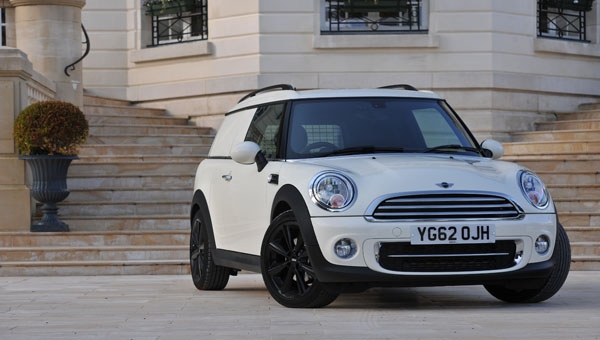 IN a new development since the relaunch of the brand, MINI is re-establishing itself as a fixture in the commercial delivery sector.

Modern-minded companies keen to display their sense for individual style and premium quality while delivering their goods are recruiting the MINI Clubvan as the new star of their van fleets. It also brings the driving fun MINI owners know and love to business traffic-dominated urban roads, promises the BMW owned manufacturer.

Two seats, five doors and ample load capacity in the rear make the MINI Clubvan conspicuously well qualified for the special load-carrying requirements of day-to-day commercial life, not to mention a well-earned after-hours spin when the work is done.

As a convincing all-round commercial performer, the MINI Clubvan follows in the tyre tracks of the Morris Mini Van on sale between 1960 and 1986.

The creative use of space for which the brand is renowned was also valued highly by commercial users back in those days.

The combination of a wheelbase 10 centimetres longer that that of the classic Mini and a split rear door satisfied their need for practicality. And now the MINI Clubvan is delivering this concept to the 21st century with the poise and assurance of a master of its trade.

A longer wheelbase once again provides an increase in load area, while the split door serves as the main access point to the cargo bay.

The cargo area is 115 centimetres long and, even at its narrowest point just behind the rear doors, 102 centimetres wide. The partition behind the front seats, comprising a solid aluminium lower section and an upper section of stainless steel grating, is firmly attached to the vehicle body. The partition prevents objects in the load compartment from slamming forward into the passenger compartment under heavy braking.

It also allows loading right up to the roof, so that full use can be made of the rear compartment’s 860 litres of cargo space. The MINI Clubvan has a maximum payload of 500 kilograms.

Ensuring that the MINI Clubvan offers reliable just-in-time delivery is a line-up of three lively four-cylinder engines. The MINI One Clubvan produces 72 kW/98 hp, the MINI Cooper Clubvan is fitted with a 90 kW/122 hp unit and the third string to the MINI Clubvan’s bow – the MINI Cooper D Clubvan – puts 82 kW/112 hp at the driver’s disposal. The diesel variant’s power delivery boasts attention-grabbing immediacy and raises the bar in terms of economy. Its average fuel consumption in the EU test cycle stands at just 3.9 litres per 100 kilometres (72.4 mpg imp), to go with CO2 emissions of 103 grams per kilometre.