Malaga need to pick themselves up fast 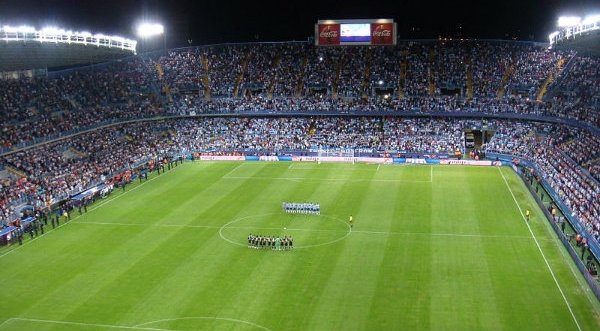 WITH their European dreams dead after the heart-breaking injury time loss to Borussia Dortmund on Tuesday Malaga have to pick themselves up quickly.

They face  Osasuna at La Rosaleda this Saturday (kick-off 10pm) having suffered the devastating loss in Germany following hotly on the heels of a 4-2 defeat at fellow European hopefuls Real Sociedad.

Boss Manuel Pellegrini had made a number of changes to the Malaga side that drew 0-0 with Borussia Dortmund in the Champions League quarter-final first leg tie last week, with Tuesday’s return in Germany in mind, but it was a policy that backfired disastrously at Anoeta as the Basques scored three times in 10 first-half minutes to take a commanding lead.

Goalkeeper Carlos Kameni, in for the rested Willy Caballero, almost gifted La Real an early goal when his mishit clearance fell to striker Imanol Agirretxe, but the chance eventually came to nothing.

The hosts then hit the bar with their first real shot of the match through Antoine Griezmann, before taking the lead on 20 minutes, former Arsenal man Carlos Vela following up to turn home after an increasingly insecure Kameni had pushed out Markel Bergara’s far-post header.

The visitors fell further behind four minutes later when Alberto De la Bella drilled a long-range effort into the bottom corner, with Griezmann making it three on the half-hour mark by controlling Agirretxe’s long pass and running on to easily beat Kameni.

Pedro Morales, who scored on his full Malaga debut last week, gave the Costa del Sol side a lift on the stroke of half-time when his powerful first-time shot slipped through Claudio Bravo’s hands and into the net.

However, central defender Inigo Martinez restored the three-goal advantage six minutes after the restart when he escaped his marker inside the box to head Ruben Pardo’s corner home.

Vela almost made it five when he saw his deflected attempt come back off a post before Roque Santa Cruz pulled one back for Los Blanquiazules 20 minutes from time.

The Paraguayan getting on the end of a Vitorino Antunes cross to head down past Bravo. Nonetheless, it was too little too late for Pellegrini’s men who fell four points behind the San Sebastian outfit with just eight Primera games remaining.