Love or hate her the Iron Lady had more bottle 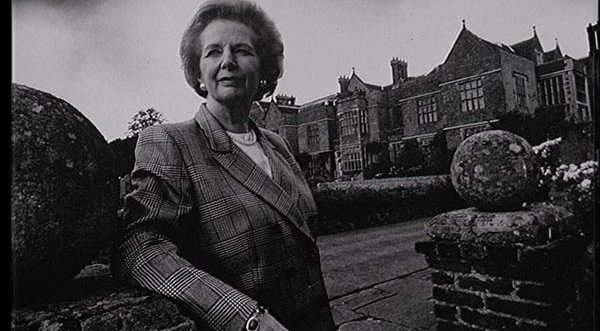 LOVE OR HATE: The Iron Lady had more bottle than our current political leaders

THEY can all say what they please about Margaret Thatcher, but love her or hate her, she undoubtedly had more bottle than just about all our current political leaders put together.

This present namby-pamby lot are so afraid of hurting someone’s feelings, their lily livered appeasement often leads to them making the wrong decisions altogether. Well not our Maggie. Maggie took ’em all on.

Without doubt her absolute refusal to cave in to the Red bully boy unions, saved the whole country from falling into a state of anarchy it would probably never have recovered from.  I remember only too well that awful winter, when the hypocritical union bosses emerged from their luxurious rat holes and attempted to bring the country to its knees.

As far as she was concerned they were the out and out enemies of a country she was fiercely patriotic toward. Since those dark days, we have of course learned that some of those high union vermin were in fact in the pay of the shadowy Russian KGB.

Far from these low lifes being the saviours of the masses they were evil enemies of the state. The wellbeing of their union members was the furthest thing from their minds.

Their goal was the complete collapse of Britain’s entire infrastructure. No wonder when the ‘Iron Lady’ finally succeeded in bringing them down and sending them scurrying and defeated back to their luxurious hideaways, they hated her with a passion that has survived to this day.

These traitors can still influence millions of their utterly misguided followers with their ranting rhetoric. The gi’me gi’mme brigade can always be relied on to ‘take to the streets’ when encouraged by these people.

The disgraceful popularity of ‘The Witch is Dead’ song is a disgusting example of their brainwashed misled union members, many of whom were not even born in the winter of 1975. The BBC should also hang its head in shame for even playing a snippet of this horrible slur, on someone who did more good for the country than certainly the BBC has ever done.

One thing is for sure. Were she in power today Britain would most definitely not be in the immigration mire it now finds itself in, and you can take that to the bank.

On a final note, the deal that Margaret Thatcher struck with the EU brought, and continues to bring, billions into Britain’s coffers and frankly the amount spent on her funeral a mere pittance by comparison.

RIP Baroness Thatcher, a true patriot and inspiring leader. Would that we had a few more like you around today.