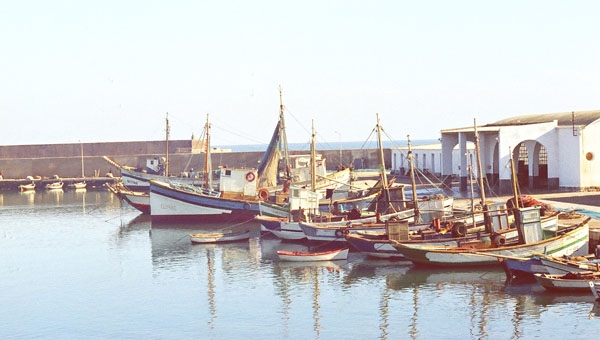 I HAD gotten to know quite a few fishermen in Garrucha town. You could meet them after 4am in the Katanga bar, full of cats with no ears or tails and drunken sailors stoking up to ship out.

They enjoyed shouting at each other even before they went out in their boats. A custom they had inherited so as to talk above the constant and heavy drone of the diesel engines churning roar.

If you didn’t shout back they couldn’t hear you, more out of principle than reality.

One day someone introduced me to Salvador. I had seen him before, always sitting on the same easterly facing step catching the sun and waiting for a mysterious something.

He had gone off fishing with the Garrigues family frequently. (Those of what is called today the “PineapplePalace”).

They would often phone him from Madrid a week in advance to check how weather would be for a weekend fishing trip or to plan to stay for longer. Salvador could but glance at the sky and give you accurate predictions for the next week or even two.

But, on this particular day I needed a similar prognosis concerning future weather for a party outside or inside. So, I drove to Garrucha and went directly to his “step” where he stationed himself everyday. He wasn’t there. It was as if the sun stopped shining, the earth quit spinning and something dreadful was occurring. “Where the hell is he?” I enquired of his companions.

“He’s with the King” was the reply in unison. Now I had lived here two years and never knew Garrucha had a king. Maybe they meant he “passed” and was in heaven? My perplexity was obvious so they added to their earlier refrain “he went off with Don Juan”.

Naturally, not to be defeated I exited into the nearest bar to find where Salvador was and who was Don Juan? The answer was shocking. Garrucha did have a king. In fact, he was also King of Spain, during a different political rule. Don Juan de Borbon y dos Sicilias. (1913-1993 father of the current King).

His visits were frequent but kept quiet by the entire trusting village. Every fisherman I enquired concerning that royal personage told me they each knew Don Juan well and would then recite some fishing incident to prove their attachment to royalty.

The best tale I heard more than once was when the King went out in his special boat on a bad and stormy day. He just wasn’t having any luck. But being the King he was not to be outdone by Neptune so selected a spot in which to drop the anchors, pointed and gave the orders to stop and drop.

Nobelese oblige is the royal turn of tongue, referring that God would rectify matters, on orders of the king. The task was performed and within moments Don Juan the King summoned Salvador’s immediate presence. Which bait was to be used?  Salvador was nowhere to be found.

He was on board and no one had seen him go overboard, yet he had disappeared. Now, all the great minds aboard that large vessel consulted one and each other and it was decided to pull up the anchors and drive about looking for him. Just before they set off they heard screams and cries of anguish.

There with his legs entangled in the rope of the anchor was one Salvador from Garrucha, caught and dangling like a red herring for all to see.