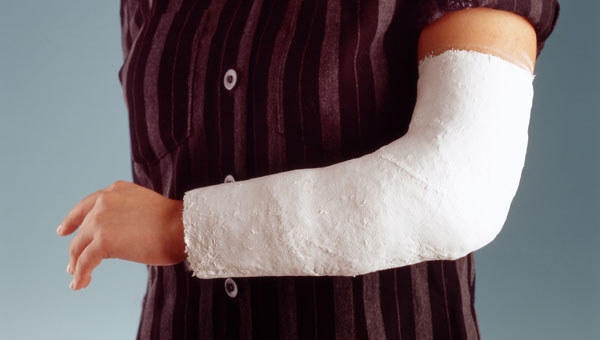 CAST CON: Broken arm not all it seemed.

AND now for something entirely different. This week I intend to demonstrate that I’m not just a moaning ol’ git, but do actually enjoy a good laugh as much as the next man.

A couple of days ago, a conversation with a friend somehow led around to light hearted tales of various ‘stag night’ experiences. One true story that I learned about some years ago, suddenly came back to mind. This week for a little light relief I thought I’d take the opportunity to pass it on.

Our heroic bridegroom to be, who I shall refer to as Jim, was looking forward to his up and coming stag with somewhat mixed feelings. He was well aware a couple of his mates were serious practical jokers and was naturally a little nervous about what sort of scheme they may be concocting. On the night in question they all duly went out on the town and as lads often do on these occasions, got their ‘victim’ completely and incapably drunk.

They duly carried him home and laid him, now totally unconscious on the sofa. Two of his friends were in fact hospital nurses and once they were sure he was deeply under, put their dastardly plan into operation. They put a plaster cast on his arm. Not even one that could be put in a sling, but one that is propped up away from the body.

When the poor man finally came to in the morning, he of course had no recollection whatsoever of the previous evening and his ‘friends’ explained that he had fallen badly, broken his arm, been put in plaster at the hospital and needed to wear the cast for at least six weeks. This would have been a laugh, had they let him wear it for a few hours and then come clean, but they didn’t! They kept up the pretence. A couple of weeks later poor Jim was actually left to walk up the aisle with the extreme discomfort of a horizontal plaster cast stuck up in the air. It got worse.

As if this wasn’t bad enough, they still didn’t break the news. Our intrepid new bridegroom was actually left to go on his honeymoon in the same uncomfortable incapacitating state. It wasn’t until he returned that they finally broke the news. To say he was not a happy budgie is sheer understatement. I understand he didn’t talk to any of them for months. However, as time went on they all slowly got back together and put the whole incident behind them, but Jim never forgot!

You’re gonna love the ‘revenge’. Shame I haven’t got space for it this week! Ah well. Don’t bite those fingernails too short. Tell ya’ all next time.