Chef Juan Manuel from Albox serves up a winner 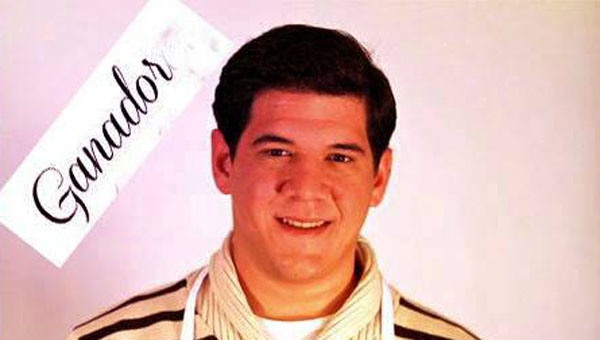 JUAN MANUEL Sanchez from Albox was crowned the winner of the first ever edition of Spanish Masterchef after a tense final.

More than five and a half million television viewers and the Plaza de San Francisco in Albox filled with hundreds of locals who enjoyed the show on a giant screen, watched Juan Manuel win the coveted trophy.

The people of Albox turned out in force to support Juan Manuel, who was born and raised in La Loma district of the town.With a free bar provided by the neighbourhood association of La Loma and with many people carrying banners with messages of support, the final was played out in a party atmosphere and Juan Manuel did not disappoint, with a confidence that has served him well throughout the competition.

The final show counted with the presence of  Ferran Adria , considered the best chef in the world who, along with the three permanent  judges ,Pepe Rodríguez, Jordi Cruz y Samantha Vallejo-Nágera were treated to three courses of the highest order from the last two remaining contestants.

Juan Manuel who throughout the entire competition  had shown great humility and a willingness to learn and a great maturity beyond his 25 years showed all the qualities required to be a top chef ,creativity,ability to work under pressure,leadership qualities and team spirit and he was always amongst the best contestants during the trials.

The popular chef won through and earned the prize of €100.000, as well as a contract with a well known chain of restaurants and classes in the Cordon Bleu cookery school. He has also earned the opportunity to have his own cookery book printed and has promised to stay close to his roots with the recipes having an Andalucian flavour, and he has now become a great ambassador for the province of Almeria.

The result was met with much joy in the town of Albox and fireworks were let off in celebration. Juan Manuel, who has received messages of support from the townspeople and from all over the world has put a smile on the faces of the people of Albox.

A great future lies ahead for this hard working, talented chef who saw off the challenge of 14 other contestants after passing through an audition that ran into thousands of people,all eager to take part in this prestigious competition.

Three weeks have passed since the final programme was recorded, time which he spent at home, a chance to reflect on his success and on his future, time spent isolated with his family because he could not tell anyone the result and it had to remain a closely guarded secret.

His mother Juani Reche , who started to teach her son to cook from the age of four,when he used to help out at Christmas, as is the custom in Spanish families, was justifiably proud of ‘a good son,a good person’, and using a Spanish term‘a pedazo de pan’ .