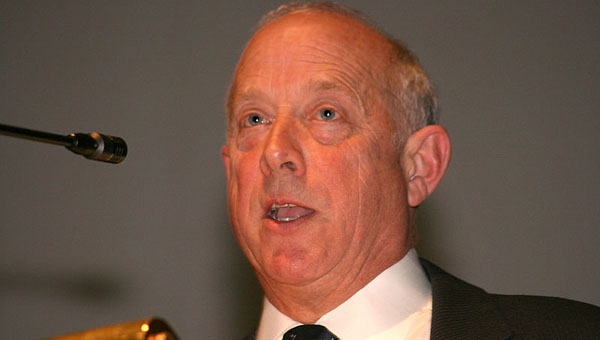 UKIP MEP Godfrey Bloom spent a lot of time recently trying to defend his rant about “Bongo Bongo Land”. First, he claimed this was a reference to the President of Gabon “Omar Bongo”, rather than Africans or Africa as a whole. Next he claimed that a bongo was “a white antelope that lives in the forest” (though, according to dictionaries, this antelope is of, err, brownish colour!).

An unwise and undiplomatic choice of words that’s unquestionably landed him in very hot water but I doubt this would have got him as media attention using more dumbed-down language. There is indeed a serious debate to be had over the level of foreign aid the UK can afford to give right now and the effectiveness of what’s already being sent and I suspect Bloom chuckling to himself that his comments are still getting so much mileage.

But Bloom isn’t the first to use the phrase ‘Bongo Bongo Land’. Credit for that goes to the late Tory politician, Alan Clark, in his well-known published Diaries, though that was 30 years ago. Clark held strong views not only on racial difference but social class and nationalism. He referred to “rivers of blood” Enoch Powell as “The Prophet”. He once declared: “It is natural to be proud of your race and your country” and that he’d considered defecting to the National Front, describing its members thus: “how brave [are] those who keep alive the tribal essence”. Phew!

Now, there are many – including most Conservative MPs – who agree with Mr Bloom, and query why the UK’s cutting welfare at home yet increasing aid to developing countries – at a time when Britain itself is approximately a trillion pounds in debt. Many, too, fed up with the tin rattlers in supermarkets collecting money for leading charities who have Chief Executives on £100k+ salaries. Far better all round to give to local charities. When hard decisions have to be made, charity really DOES begin at home.

Finally, on a completely different note, many thanks to all of you who’ve purchased my novels, Retribution, Soul Stealer and The De Clerambault Code, and helping them, at the time of writing, all reach the top 70 eBookthrillers on Amazon.es!  And keep those great comments coming to my website!