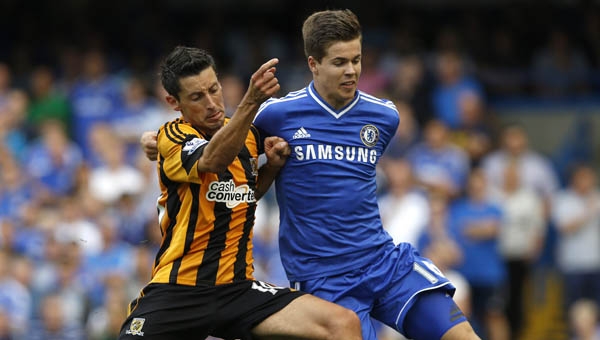 LONDON (AP) — When the “Special One” returned to Chelsea, he did it with the Champions League in the back of his mind.

After an acrimonious departure from Stamford Bridge early in the 2007-08 season, manager Jose Mourinho came back to London with the aim of lifting the trophy he delivered at FC Porto and Inter Milan.

But the Blues are not in the best of form as they begin their bid for a third consecutive piece of European silverware against FC Basel on Wednesday.

Chelsea, which won the Europa League last season following its Champions League’s triumph in 2012, has failed to win its last three matches in all competitions and was handed its first defeat of the season in the Premier League at Everton last weekend.

German side Schalke hosts Steaua Bucharest in the other Group E match.

“After one defeat you just want the next match to come as soon as possible, and probably the Champions League is the best way,” Chelsea midfielder Juan Mata said. “These nights at Stamford Bridge have a different feeling, even more so since we won the title two years ago. This competition brings great memories to all of us and makes us feel really excited.”

Mourinho is likely to be excited, too, even though the Portuguese coach won’t be remembered as the “First One” if he ends up winning the Champions League with Chelsea this season. The former Real Madrid coach was just a spectator when the Blues defeated Bayern Munich to win the prestigious trophy under Roberto Di Matteo.

“When I was watching, I was with the Blues,” said Mourinho, who won the Premier League and League Cup twice and the FA Cup once during his first reign at the London club. “The side was full of players from my time and you know they suffered a lot.

“They deserved to win the Champions League. It’s a competition that has a special aura. Everybody wants to reach the ‘El Dorado’ of football. It is a club competition for excellence so it has some magic.”

Against Basel, Mourinho is likely to make tactical changes after midfielder John Obi Mikel picked up a knee injury against Everton. Ramires is suspended and Frank Lampard should get a spot in the starting team.

The Swiss team lost 5-2 on aggregate to Chelsea in the Europa League semifinals last season and prepared its next trip to England by edging fourth-tier side Muensingen 1-0 in a Swiss Cup match.

Basel comes to London with two young internationals in prolific scoring form for club and country.

Egypt midfielder Mohamed Salah scored six times in his country’s perfect African qualifying group program to advance to a playoff against Ghana. Defender Fabian Schaer struck three as Switzerland gained four points against Iceland and Norway this month and closed in on a spot in next year’s World Cup.

Schalke relied on new signing Kevin-Prince Boateng’s first goal for the club to win 1-0 at Mainz on Saturday.

“Before the game we wanted to cut down on the number of goals we’ve been conceding. So I’m particularly happy that we managed to keep clean sheets for two games in a row,” Schalke coach Jens Keller said.

Schalke defender Benedikt Hoewedes wants a similar performance against visiting Steaua Bucharest. The Romanian champions warmed up with a 5-0 win at home over Sageata Navodari.

“If we stay as concentrated and focused against the Romanians we should keep the three points in Gelsenkirchen,” Hoewedes said. “We want to get our fourth win in a row with our fans behind us.”