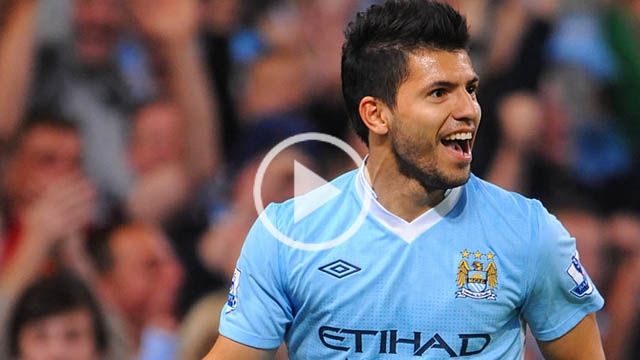 PLZEN, Czech Republic (AP) — Edin Dzeko, Yaya Toure and Sergio Aguero struck early in the second half to steer Manchester City to a convincing 3-0 victory over Viktoria Plzen in the Champions League on Tuesday.

City secured victory in the Group D encounter with some clinical finishing in a 13-minute period after halftime that indicated Manuel Pellegrini’s lineup has put a mixed start to the Premier League behind and is ready for the Manchester derby on the weekend.

Three minutes into second half, Aguero left his marker behind and provided an inviting cross for Dzeko to steer past goalkeeper Matus Kozacik.

Toure doubled the lead five minutes later with a perfectly-struck curling shot from 20 meters to the top left corner.

And five minutes after that, Samir Nasri provided the pass for Aguero to beat the Plzen ‘keeper from close range.

“It’s the perfect start,” Dzeko said. “The last two years we didn’t do that in the first game and now we did. Especially coming away from home, we know it’s always difficult to play away in the Champions League because every team is very strong and Plzen showed in the first half how they can play football.”

City has crashed out in the Champions League group stages in the last two seasons and is desperate for improvement under new coach Pellegrini.

After 0-0 draw at Stoke City in the Premier League on the weekend, Pellegrini opted to start with Aguero and Dzeko up front and the change paid off.

Aguero was sharp in attack. In the best first-half chance, he fired a low shot that bounced off the post in the 26th minute and Kozacik saved the ensuing attempt by Aleksandar Kolarov.

That came after new signing Jesus Navas tested Kozacik with a fierce strike from the edge of the area seven minutes into the match and Toure headed just over the bar from the resulting corner kick.

In the 23rd, Dzeko wasted a clear scoring chance. Nasri started a neat move, releasing Kolarov on the left who squared for Dzeko but Kozacik was ready to avert his close range header.

Plzen was able to threaten on occasional counter attacks, with City goalkeeper Joe Hart having to punch clean a dangerous free kick by Pavel Horvath.

In another of the rare opportunities for the hosts, Tomas Horava’s shot hit the woodwork two minutes from time.