Autumn … time to turn over a new leaf 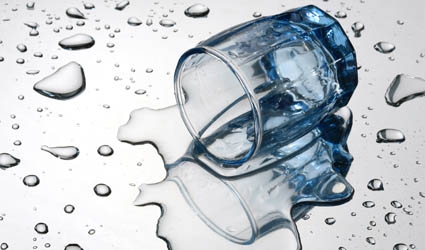 EVER felt that September is the true start of the New Year – and not January?

The time when, after the long summer break, kids return to school and adults to work. So much so that, when I still lived and worked in the UK, I used to think of the day after the August Bank Holiday weekend as “back to school for adults.”

September always felt like a new start because of the change in routine (at least if you were in school or had kids in school).

Your day-to-day life got shaken up anyway so it seemed like a good time to make changes (that were hopefully improvements), initiate projects or get back to some things let go over the summer. A time of fresh starts, self-evaluation and reflection. Maybe even applying for that perfect job …

In my last column I wrote about a recent interview in the UK that one applicant at least found weird. Now, however weird interviews may get in this increasingly competitive job market, the main thing’s not to worry if things don’t always go to plan.

A friend once had an interview where the desk consisted of two semi-circular tables shoved together, with a large jug of water right in the middle. A few minutes in, he was in full flow and leaned on the edge of the table as he stressed his point.

The table wasn’t secure, however, so as he put his weight on the edge the middle bit twisted upwards and propelled the jug and its entire contents all over both interviewers. Everyone ploughed on bravely amidst a deluge of “sorrys” and “it’s OK”. He didn’t get the job.

Another mate’s throat dried up during a 15 minute presentation. She asked for a glass of water. Tricky wait while one of the interviewers went to get it. She then spilled it over her overhead transparencies. Which ran, having been drawn with water-soluble pens so she could tweak them.

She got the job – assured that readiness to soldier steadfastly on after such a humiliating spectacle of incompetence gave her the edge.

Which reminds me of my own humiliating reply to one final interview question: “So, what three words best describe you?”… “Very bad at maths” (Get it?).