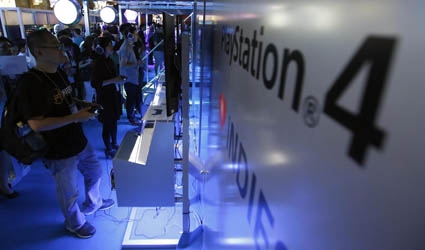 Asked about their interest in dedicated game devices, 26 percent of 1,297 people surveyed online last week say they are likely to purchase the new PlayStation 4 when available, versus 15 percent opting for the Xbox One.

The rift widens among those below the age of 40. Of that group of 408 people, 41 percent picked Sony’s PS4 versus 27 percent for Microsoft’s Xbox One, according to a Reuters/Ipsos poll conducted from Sept 23 to Sept 27.

Though based on a limited sample, the results potentially point to a lopsided battle during the crucial holiday season, with Microsoft and Sony hoping to get their newest consoles into U.S. households. Apart from games, they act as conduits for living-room entertainment, from TV shows to music.

Microsoft came under fire from gamers after initially saying it would set restrictions on used games, and require an Internet connection to play. After a flurry of complaints, the company reversed its policies in June. In contrast, Sony has consistently touted support for used games and offline gameplay at industry events. And the PS4 comes $100 (61.95 pounds) cheaper.

Sony said at video game industry trade show in Germany that it had received more than 1 million pre-orders for its upcoming console, while Microsoft has revealed only that preorders for the Xbox One exceeded those of its predecessor, the 360, eight years ago.

Microsoft “couldn’t make up their mind and Sony hadn’t wavered from the beginning,” said 26-year-old gamer Christopher Turner from Salem, Alabama, who intends to spend his cash on the PS4. “The PlayStation 4 is for both hardcore and casual gamers.”

“People who use Microsoft products will continue to use them, he said. Leigh will go with the Xbox One because of its upgraded “Kinect” motion sensor, and because he’s more familiar with the Xbox than the PlayStation.

The $399 PS4 and $499 Xbox One represent the first major upgrades of mainstream gaming hardware in years, setting game developers scrambling to put out new releases that take advantage of better graphics and faster processors.

They are scheduled to hit store shelves from mid-November, about a year after Nintendo’s slow-selling Wii U. Of the 1,297 respondents, only 3 percent said they now played games on the Wii U, versus 20 percent on the Xbox 360, 20 percent on computers, and 18 percent on Sony’s PlayStation 3.

More broadly, the shrinking videogames industry hopes the advent of the two new game consoles can breathe fresh life into a sector battered by the proliferation of free games on mobile devices and PCs, as well as on social networks like Facebook Inc’s.

Indeed, 64 percent of total respondents said they would not buy any new game hardware at all this season, when posed with choices ranging from the Xbox and PS4 to Nintendo’s 2DS and Valve’s Steam Box.

GTA V, the latest in the critically acclaimed series that helped ignite a nationwide debate about violence in the media, became the fastest game to hit the $1 billion sales-mark, just three days after sales began on Sept 17.

About a quarter of 715 participants who owned gaming devices said they were likely to buy GTA V, while 22 percent said they would pick up a copy of “Ghosts,” the latest from Activision’s money-spinning Call of Duty franchise.

Analysts say GTA V, which won rave reviews, benefited from pent-up demand as the first major game from the franchise in five years. In contrast, Activision spits out a new Call of Duty game annually. Last year’s “Call Of Duty: Black Ops II” raked in $500 million on its first day.