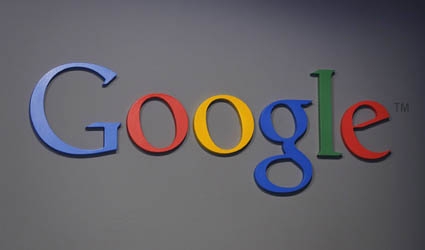 LONDON (Reuters) – Google, which has been grilled twice in the past year by a UK parliamentary committee over its tax practices, had a UK tax bill of 35 million pounds ($55 million) in 2012, on sales of $5.5 billion to British customers, its accounts showed.

The Internet search giant paid a tax rate of 2.6 percent on $8.1 billion in non-U.S. income in 2012, because it channelled almost all of its overseas profits to a subsidiary in Bermuda which levies no corporate income tax, the group’s accounts show.

Corporate tax avoidance has risen to the top of the international agenda in the past year with the G20 and G8 groups of leading economies promising to get to grips with the growing practice of companies diverting profits from where they are earned and into tax havens.

Google said it follows all tax rules in every country where it operates and that it does not pay much tax in Britain because its profits are not generated by its UK employees.

Google UK Ltd, and other subsidiaries across mainland Europe, pay little tax because they are designated as providers of marketing services to Google Ireland Ltd, the Dublin-based subsidiary whose name appears on invoices to most non-U.S. clients.

Google declares little profit in Ireland because the unit there sends almost all of the profit earned from the non-U.S. clients to the Bermudan affiliate, in the form of licence fees for the use of Google intellectual property.

The parliamentary Public Accounts Committee (PAC) grilled Google’s Northern Europe boss, Matt Brittin, in May after a Reuters investigation showed the company had advertised dozens of jobs for salespeople, despite Brittin telling the committee last year that the company does not pay tax on its UK revenues because it does not conduct sales from British territory.

A PAC report later accused of Google of using “contrived” mechanisms to avoid tax and called on the government to change the rules on taxing multinational companies.

Google’s UK tax charge on 2012 income was only 11.6 million pounds, with 24 million being payable in relation to employee share based remuneration.